Son Beel has all elements to emerge as tourism hotspot: Sonowal 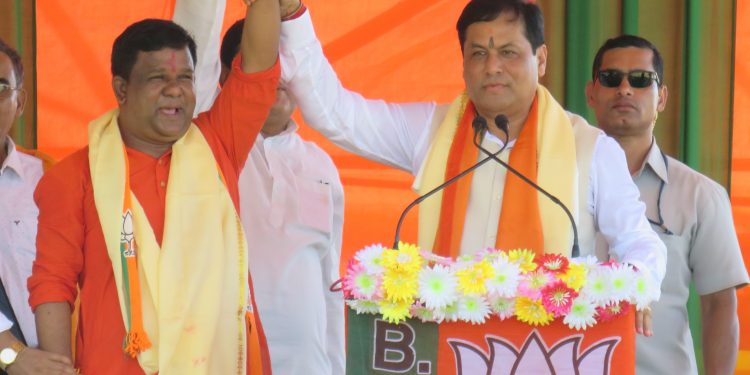 Assam chief minister Sarbananda Sonowal on Monday said Son Beel, the largest wetland in the Northeast and the second largest in Asia, has the potential to be a major tourism hotspot.

Malakar is contesting the Assembly bypoll on BJP ticket from Ratabari constituency.

“There is no doubt that this place can be converted into a major tourist hub. To ensure comfortable stay of the tourists, we would set up tourist lodges here and a heliport for people from far off places to come,” Sonowal said.

“I would like to bring the Prime Minister once out here if everything falls in place and I personally would come once again with the officials from the tourism department very soon,” he said.

Trying to allying fear of the Hindu Bengalis over exclusion of their names from NRC list, Sonowal reiterated that it is his duty to protect everyone.

Finance minister Himanta Biswa Sarma is slated to campaign for Bijay Malakar on October 15 and 16.