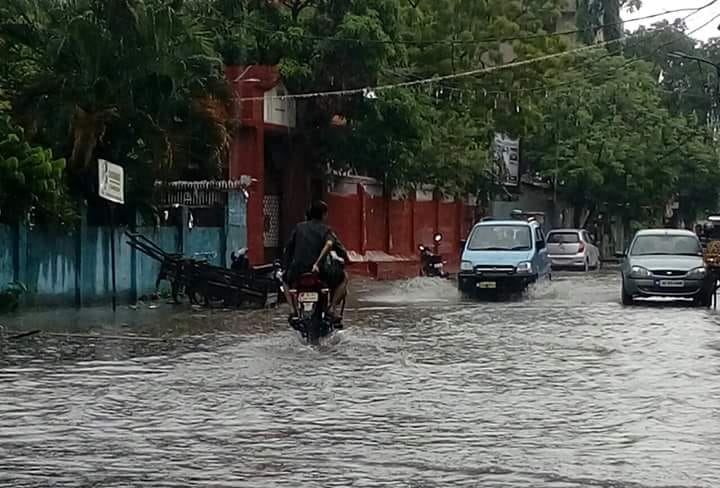 A smart downpour on Friday forenoon has again inundated several parts of Guwahati.

The busy G S Road has been submerged under knee-deep water in the shower that hardly lasted an hour resulting in a massive traffic snarl along the entire stretch much to the annoyance of the commuters.

Even the R G Barua road was also submerged under knee-deep water leading to stagnation of vehicles.

Several vehicles developed technical snag as water entered the engines of those vehicles.

The Chandmari area has also been inundated by flash flood after the rain.

The MLA hostel campus at Dispur in the heart of Guwahati was also inundated by flash flood with rainwater entering several residents of the old bunglows of legislators.