Jitu stamped his class on the men’s 10m Air Pistol final, to post a wire to wire victory at the Belmont Shooting Centre. 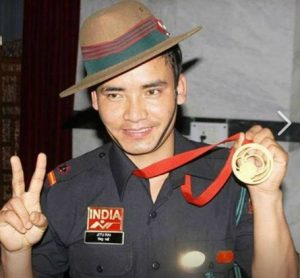 Jitu created a new CWG record of 235.1 in the final to win the gold. Kerry Bell of Australia took silver with 233.5.

This was Jitu’s second gold medal at the CWG. He had won the 50m title at the 2014 Games in Glasgow, Scotland.

Om bagged the bronze for India with 214.3. Playing in his first CWG, Om performed brilliantly throughout the day, exiting after the 22nd shot of the 24-shot final.

The women shooters also did the country proud as Mehuli Ghosh and Apurvi Chandela bagged silver and bronze respectively in the women’s 10m Air Rifle event.