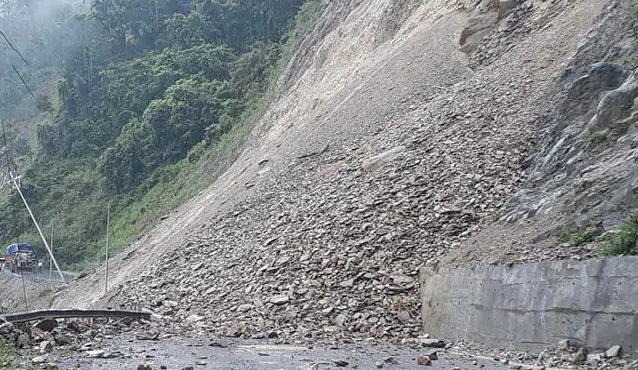 A massive landslide on Tuesday resulted in blocking the National Highway which connects West Bengal with the Himalayan state of Sikkim.

The landslide occurred near 29-Mile near Kalimpong, amid heavy to very heavy rains during the past week.

The landslide was caused due to heavy rain in the foothills of the eastern Himalayas.

According to sources, the local administration is currently busy carrying out clearing operations.

But the progress to clear out debris from the hilly stretch is slow as the landslides are still active in monsoon.