Despite the ongoing Chinese aggression along the Line of Actual Control (LAC), the Indian Army kept the spirit of Hindi Chini Bhai Bhai alive in North Sikkim.

Jawans of the Indian Army on Thursday extended a helping hand to three Chinese citizens who had lost their way, driving a vehicle, in a plateau of North Sikkim.

Realising danger to the lives of the Chinese citizens, including two men and one woman, an altitude of 17,500 feet, in sub zero temperatures, the jawans of Indian Army immediately extended total help to them.

The Indian Army jawans provided medical assistance, including oxygen, food and warm clothes to protect the three Chinese nationals from the vagaries of extreme altitude and harsh climatic conditions.

The Indian troops also gave them appropriate guidance to reach their destination after which they moved back. 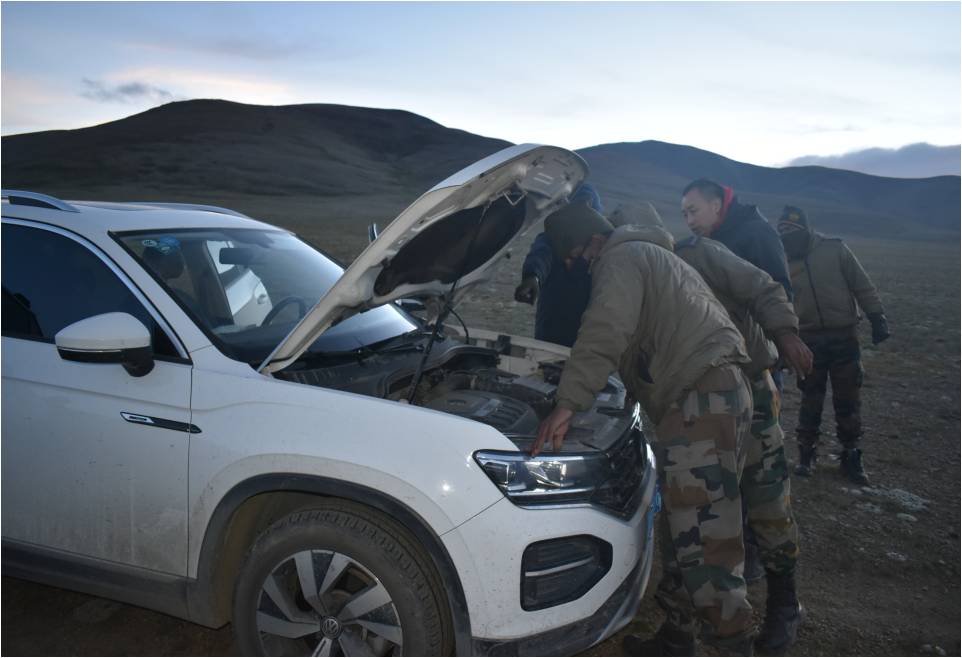 All the Chinese citizens expressed their gratitude to India and especially the Indian Army for their prompt assistance.

On the other hand, China on Saturday continued with its aggression, even diplomatically.

India is entirely responsible for the border stand-off in Ladakh and China will not lose an inch of its territory, the Chinese government claimed Saturday, blaming India for escalating tension along the LAC.

“Causes and truth of the current tension on the China-India border are clear, and the responsibility entirely lies with India. China cannot lose an inch of its territory, and its armed forces are fully determined, capable and confident in safeguarding national sovereignty and territorial integrity,” the official Chinese statement said.

The Defence Ministry responded immediately saying that India too was determined to protect its sovereignty and territorial integrity.

India urged China against further escalation and said it was keen for China to work with the Indian side for complete disengagement at the earliest.

The two sides should continue discussions, in diplomatic and military channels, to ensure complete disengagement and de-escalation and full restoration of peace and tranquillity along the LAC at the earliest, the Defence Ministry statement said.

Rajnath Singh had said before the high-level meeting with China that peace and security demanded a climate of trust, non-aggression and respect for international rules.