Chinese hardliner newspaper ‘Global Times’ called its leaders to ‘rethink’ its stance on Bhutan and Sikkim. Currently China recognizes Sikkim as a part of India and sovereignty of Bhutan.

India has startling control and oppression over Bhutan, and as a result, Bhutan has not established diplomatic ties with its neighbour China or any other permanent members of the UN Security Council, the newspaper said in its report.

India imposed a similar coercive policy on Sikkim before. The small neighbour’s revolts over sovereignty in the 1960s and 1970s were brutally cracked down by the Indian military, the report stated.

New Delhi deposed the king of Sikkim in 1975 and manipulated the country’s parliament into a referendum to make Sikkim a state of India.

The annexation of Sikkim is like a nightmare haunting Bhutan, and the small kingdom is forced to be submissive to India’s bullying, the report said.

After independence, New Delhi inherited the brutal colonial policies of Britain and pursues regional hegemony at the sacrifice of tiny Himalayan nations.

China’s construction site is near India’s Siliguri Corridor, a vital path to the country’s turbulent Northeast area. Suspicious of the potential threats the road construction poses to the corridor, Indian troops crossed the border to the China side and obstructed our road construction, the report added.

New Delhi’s regional hegemony is swelling to a tipping point. The country has to pay for its provocations. 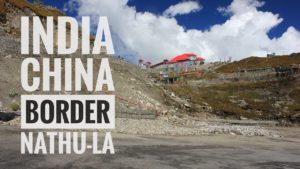 The world should pay attention to New Delhi’s bullying of tiny Himalayan countries. The international community must be aware of Bhutan’s dilemma and prevent India from oppressing this small kingdom, the hardliner Chinese daily report said.

China should lead the international community in restoring Bhutan’s diplomatic and defence sovereignty. Unfair treaties between India and Bhutan that severely violate the will of the Bhutanese people should be abolished. China needs to put more efforts into establishing diplomatic ties with Bhutan at an earlier date as well, the newspaper urged.

In a startling outburst, the Global Times, said Beijing should reconsider its stance over the Sikkim issue.

Although China recognized India’s annexation of Sikkim in 2003, it can readjust its stance on the matter. There are those in Sikkim that cherish its history as a separate state, and they are sensitive to how the outside world views the Sikkim issue. As long as there are voices in Chinese society supporting Sikkim’s independence, the voices will spread and fuel pro-independence appeals in Sikkim, the report claimed.

The Global Times is a daily Chinese tabloid newspaper under the auspices of the People’s Daily newspaper, focusing on international issues from a Communist Chinese perspective.

The Global Times differentiates itself from other Chinese newspapers in part through its more populist approach to journalism, coupled with a tendency to court controversy.