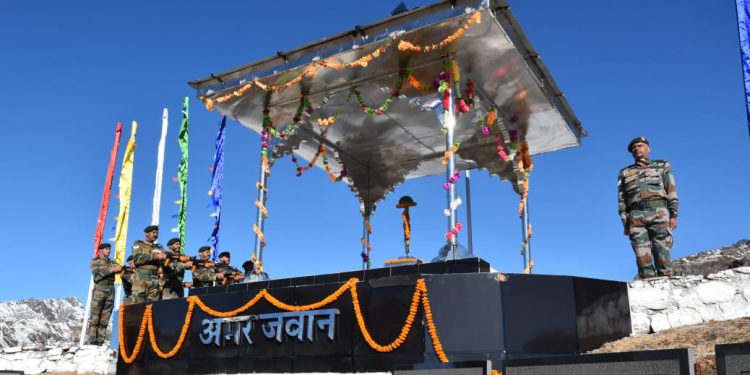 The 72nd Army Day was celebrated by all ranks of Indian Army at Sherathang War Memorial in East Sikkim on Wednesday.

In a solemn ceremony, wreaths were laid at the memorial in honour of the gallant soldiers of the Indian Army who made the ultimate sacrifice in defence of the motherland.

The Watershed War Memorial at Sherathang is situated at 13000 ft, stands tall as a remembrance for the selfless sacrifices made by the Indian Army.

It also symbolizes its unflinching commitment to guard the honour and territorial integrity of the country.