7-day total lockdown in Sikkim from May 17

The Sikkim Government felt that “there is an urgent need to impose stricter restrictions".

With second wave of COVID-19 hitting the State of Sikkim hard, the State Government has announced a 7-day total lockdown in Sikkim.

The lockdown in Sikkim will come into force at 5am on May 17 and will continue till 5am on May 24.

The Sikkim Government has decided to impose lockdown in the State “in view of the fact that the average positivity rate for COVID-19 cases in the State has continued to be more than 20% in the last few weeks”.

The Sikkim Government felt that “there is an urgent need to impose stricter restrictions on the movement of people within the State”.

However, Central Government offices will be allowed to operate as per the directions of the Government of India.

All movement of vehicles, activities and congregation have been banned during the lockdown period.

However, movement of vehicles and persons engaged in essential services have been allowed on production of valid papers during the purview of the lockdown period. 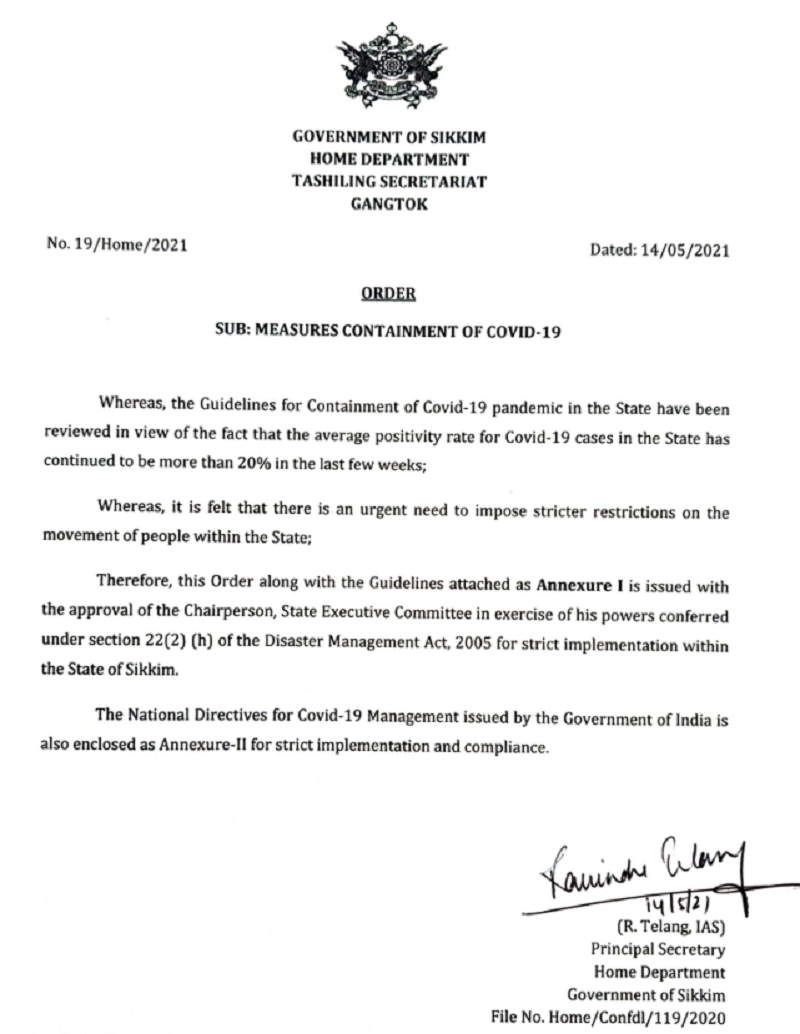 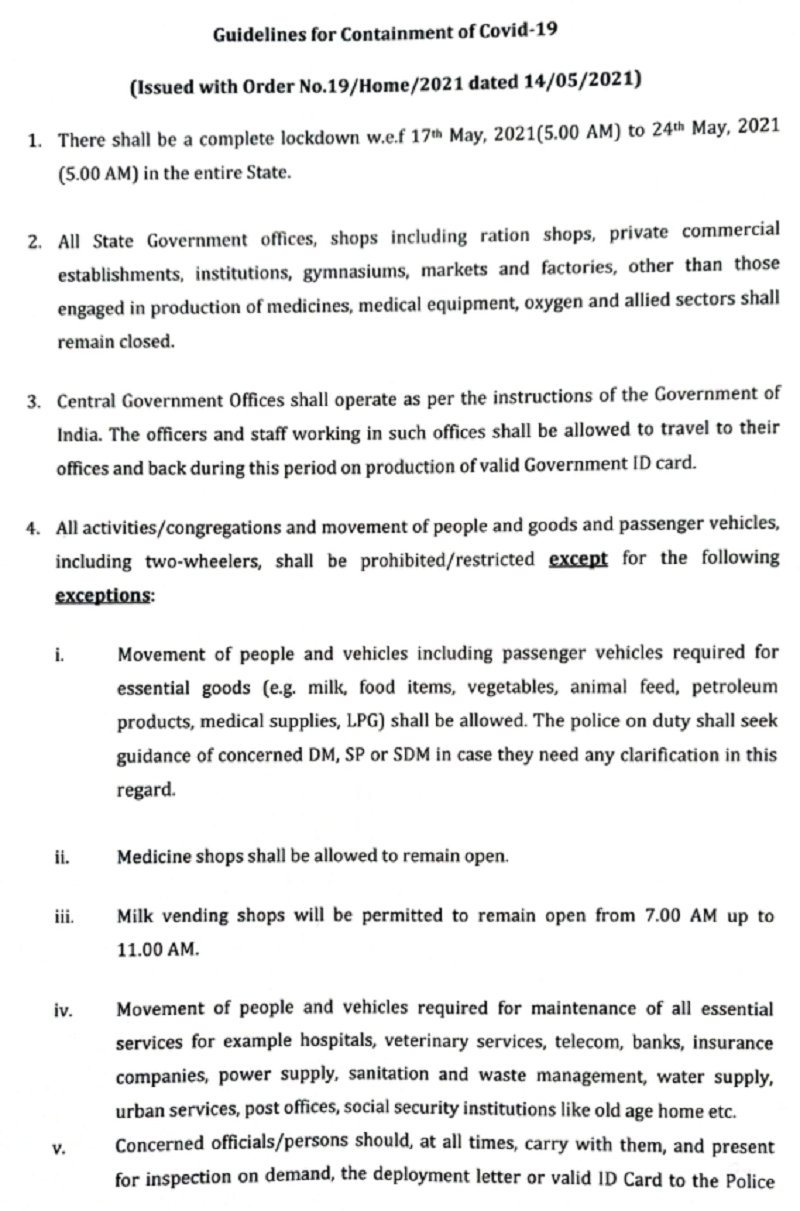 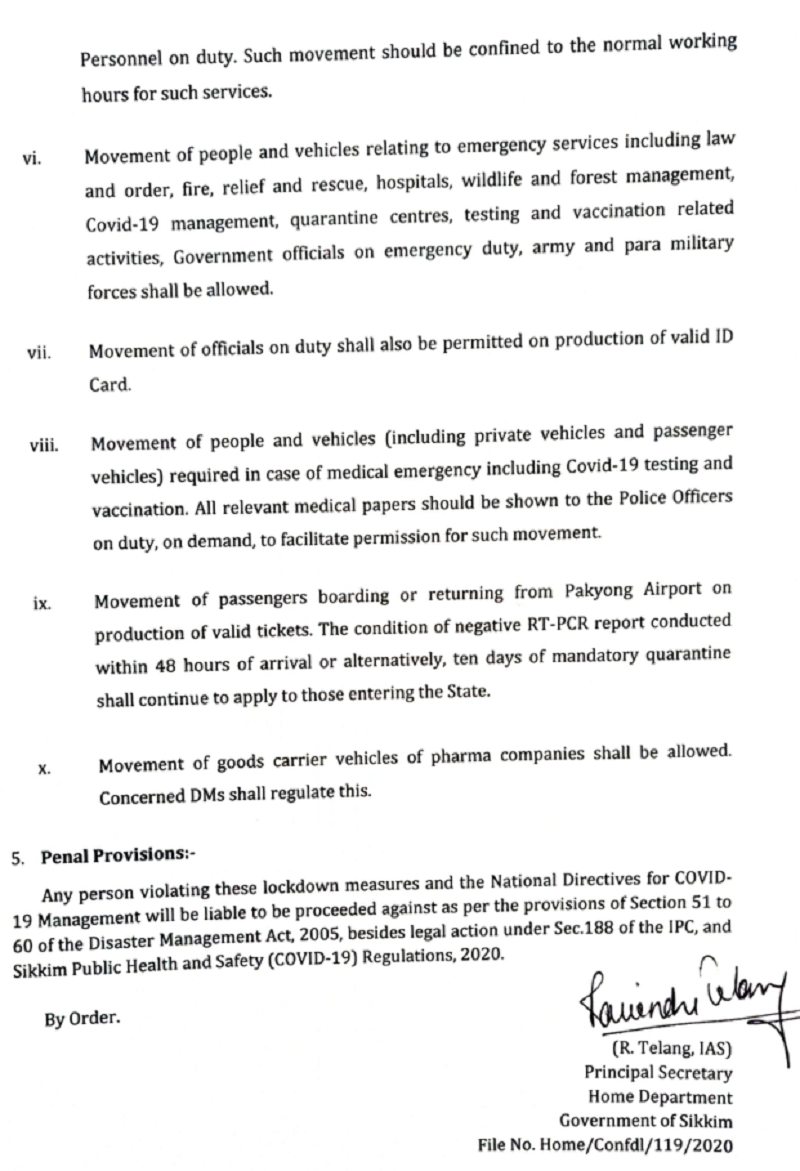