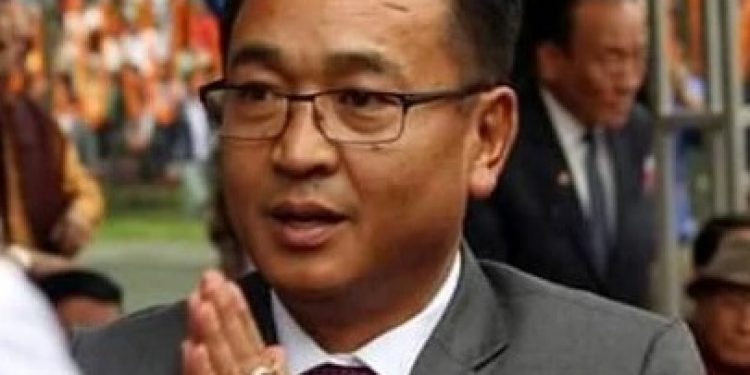 After taking oath as the sixth chief minister of Sikkim, Golay said that the state government employees will now get an extra holiday during which can they can take care of their health and that of their families.

Also read: From jail to the hot seat of power – a long journey for Golay

He said that a five-day working week has been announced in accordance with their earlier election promises.

Golay further said that the ministers and MLAs of the Sikkim Krantikari Morcha (SKM) will use Scorpio vehicles which are cheaper than the Fortuner SUVs that had been used by the previous government of Sikkim.

Also read: Golay breaks “legal barrier” to be the 6th CM of Sikkim

He also added that by using cheaper mode of transport, the SKM government will save money and serve the people of the State.

He made a verbal attack against the Pawan Chamling led SDF government for corruption.

Sikkim Governor Ganga Prasad administered the oath of office to Golay and the 11-member council of ministers at Paljor Stadium in Gangtok on Monday.

Golay and the other SKM ministers took the oath of office in Nepali language. Hundreds of SKM supporters had gathered at the stadium in a show of strength, and also to cheer the new chief minister of Sikkim.

The SKM, founded in 2013, won 17 seats in the 32-member Sikkim Legislative Assembly. The SDF won 15 seats. The Sikkim Democratic Front (SDF), under the leadership of Pawan Chamling ruled Sikkim for 24 years.