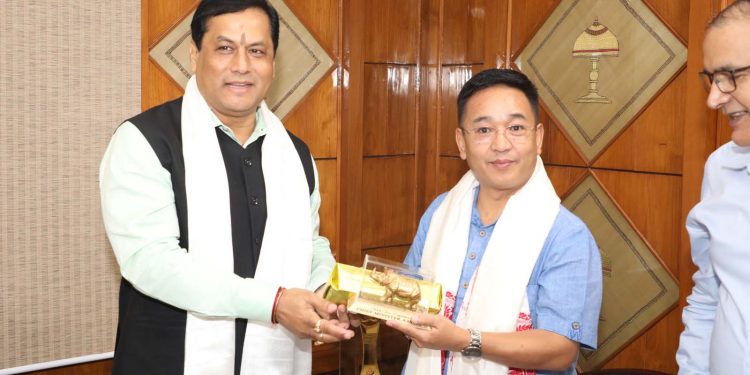 Assam chief minister Sarbananda Sonowal with his Sikkim counterpart PS Tamang at his office in Dispur on Saturday.

Sikkim chief minister Prem Singh Tamang on Saturday met his Assam counterpart Sarbananda Sonowal at the latter’s office in Janata Bhawan and discussed on a range of issues including organic farming and tourism.

The meeting which lasted for nearly 15 minutes mainly delved on mutually beneficial issues for the promotion of tourism in both the states.

Sonowal also lauded the Sikkim government in transforming the state into an organic hub and implementing Swachh Bharat campaign successfully in the state.

Sonowal also extended his congratulations to PS Golay for the historic win in Sikkim.

During the meeting, Tamang extended all support for better coordination of Sikkim with NEDA and other Northeast states.

He also assured of working selflessly with NEDA and hold full trust on the central leadership for overall development of Sikkim and the Northeast.