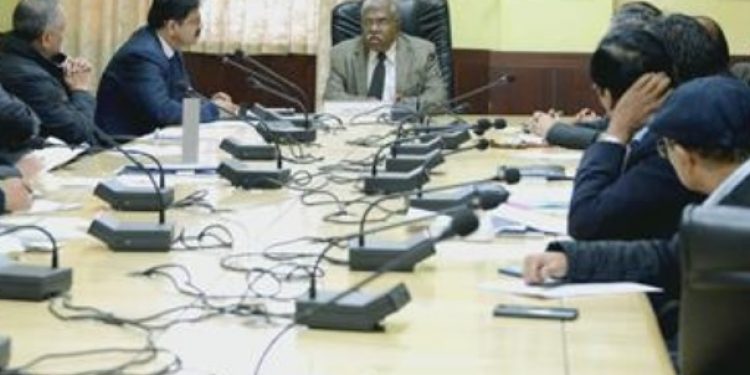 Commerce and Industries principal secretary Thomas Chandy gave a brief background about the earlier meetings whereby it was decided that all the 13 departments concerned in issuance of permits for registration of new industries in the State would have their own web portal where details for permits and application download from potential applicants would be given.

He also pointed out that due to software development issues the matter has not been able to be implemented by the departments and thus has remained a big hindrance.

The principal secretary suggested for a single window integrated format where requirements of individual department needed from potential applicants for industries are collected and disseminated to the concerned departments. Websites and portals of departments already existing can link it with Industries department for easier access to forms, applications and various other details, he said.

At the end of the deliberations, the principal secretary asked for active cooperation from all the departments and said that with active coordination, cooperation the growth of industries in Sikkim can be placed in the roadmap of the country soon.

Discussion and inputs from all the representatives of the line departments also took place whereby various suggestions were placed and discussed upon.

Chief secretary Shrivastava thanked everyone for the good discussion on this important matter and said that though industrialization in Sikkim is still in an early phase, we must all work together so that the State move towards more progress and prosperity. The meeting was attended by HODs and representatives from various departments.