Love relationships are no longer a bond of two souls, it has become more of a game of betrayal and deceit.

A young girl hailing from Udalguri district who was pursuing her career in Guwahati allegedly committed suicide which has sent shockwaves in her home-district.

As per family sources, the girl named Rima Basumatary was in a love relationship with Gagan Dutta for nearly three years. Both of them were even on the verge on tying their nuptial knot as per religious customs and the girl’s family had also given their consent following which both of them allegedly got legally married.

But their relationship developed strains even as Gagan Dutta allegedly started mental and psychological torture.

The girl reportedly went into depression had taken the extreme step of ending her life on April 6 last at her rented accommodation in Rupnagar of Guwahati.

The incident has cast a pall of gloom on her family and her native villagers here in Gebangapathar under Dimakuchi PS in Udalguri district. 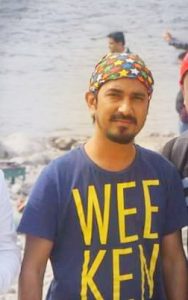 The family members of the deceased has also lodged an FIR with Paltan Bazaar police station vide case no 329/18 alleging abetment of suicide and betrayal.

The police have registered a case under IPC 306 and other relevant sections and have begun investigation to nab the accused who is still at large.

Talking to NorthEast Now, the uncle of the victim, Biraj Basumatary described it as the most terrible tragedy to have occurred in their family.

“My niece was a very wonderful, friendly, hardworking and smart girl. We want justice for her,”” he said.

Some of her friends, who have known about their long-time affair, claimed that she was leading a miserable life after she discovered that the boy was turning down the proposal of marriage as per social and religious customs.