SANA appeals to ECI for review of EVM malfunctioning cases

Non-functional EVMs led to delay in voting in several polling stations in Assam, Manipur and other states: SANA director 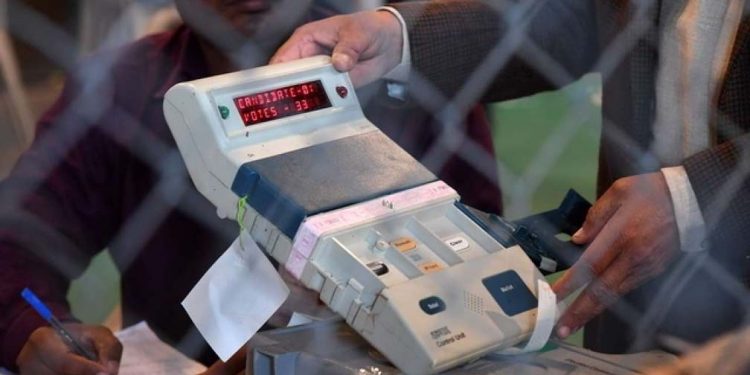 The Social Actions for New Alternatives (SANA) expresses serious concern over the reported malfunctioning of Electronic Voting Machines (EVMs) in many polling stations across the country during the first phase of the Lok Sabha elections.

It has appealed to the Election Commission of India to immediately review all the problematic cases that have been reported so far from across all the states.

“What is indeed worrying is that the ECI has not come up with any convincing responses to the demands from the opposition on non-functional EVMs which led to delay in voting in several polling stations in Andhra Pradesh, Maharashtra, Uttrakhand, Jammu and Kashmir, Bihar, Assam, Manipur, West Bengal, Odisha and Uttar Pradesh. The ECI must answer for these let-ups and how the delay would have impacted the process of voting,” said SANA director Bidhayak Das.

“Given the several hours of delay in some polling stations, in Andhra Pradesh, voters may have left without voting, unable to wait under the scorching heat or having to attend to family needs. This would also tantamount to a violation of the voters’ right,” he said.

In fact, Das said, while voting in a polling station in Shillong on April 11, he was not able to vote on his preferred choice, “NOTA,” and instead decided to vote elsewhere against his own wish.

Also read: VVPAT to be used with EVMs at all polling stations in all future elections

According to Das, machines are prone to error, and therefore, the ECI must be ready with back-up plans. The SANA director, who has been involved with electoral management and clean election advocacy and training in various parts of the globe for the past 15 years, recalled his experiences of machine malfunctioning in countries like the Philippines, where the civil society built continuous pressure on the election commission to come clean, and therefore urged the civil society to take a more meaningful lead on this issue.

“Political parties have their own agenda and would say anything without any proper verification, especially where in an election like the present one where the stakes are very high,” he said.

“There have been claims from the opposition and in the media that machines have been tampered with and that voters have complain of votes cast for another party ending up as a BJP. That needs investigation as without verifying the VVPAT slip of the voter, it cannot be said what the latter said is true,” said Das.

“Here merely believing the voter, would not be enough. Instead, what has to be done is a process of verification involving civil society groups, voters besides political party representatives. While the demand from the opposition political parties to verify at least 50 % of paper trails with EVMs maybe one way out, what is needed is a complete demonstration of the machines one day before the polling to ensure that the EVMs are in good shape and also there are back-up plans in cases where machines malfunction,” he added.