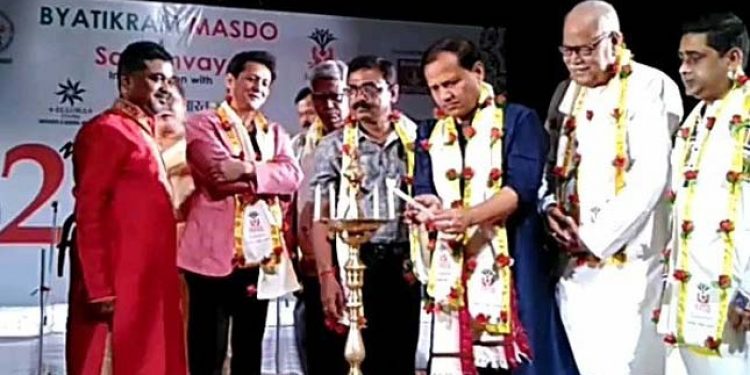 Asom Sahitya Sabha (ASS) president Paramananda Rajbongshi on Wednesday lashed out at the Assam government for erasing Rabindra Jayanti from its academic calendar.

Since 2017, Rabindra Jayanti, the birth anniversary of legendary poet Rabindranath Tagore, has found no place in the academic calendar of the Assam government.

Rajbongshi, the president of the apex literary body of Assam, came down heavily on the state government while attending the second Baul festival at Silchar on Tuesday.

He addressed the gathering as a guest at the second Baul festival.

Having learnt that some vernacular schools in the Barak Valley have unit tests lined up for its wards on the ensuing Rabindra Jayanti that falls on May 9, Rajbongshi questioned:

“Who has issued such an order, we need to know.”

“Those who don’t understand the values and works of Rabindranath Tagore or for that matter Jyoti Prasad Agarwala or Bankim Chandra Chattopadhyay or legendary singer and musician Bhupen Hazarika, they are not qualified to be called as civilized citizens,” said the ASS president.

Rajbongshi said the state government should allow everyone to willfully celebrate Rabindra Jayanti and abstain from holding any examination for students on that day.

“I don’t understand why we cannot spend a few minutes in knowing about the noble works of this legendary poet and pass it on to our youngsters,” said Rajbongshi.

Stating that Rabindra Jayanti used to be an academic holiday before 2017 in Assam and it was celebrated with pomp and gaiety, he added: “We all need a proper explanation from the state government why did the government discontinue to declare Rabindra Jayanti as a holiday in its academic calendar.”