Rijiju all set to get his second ministerial berth 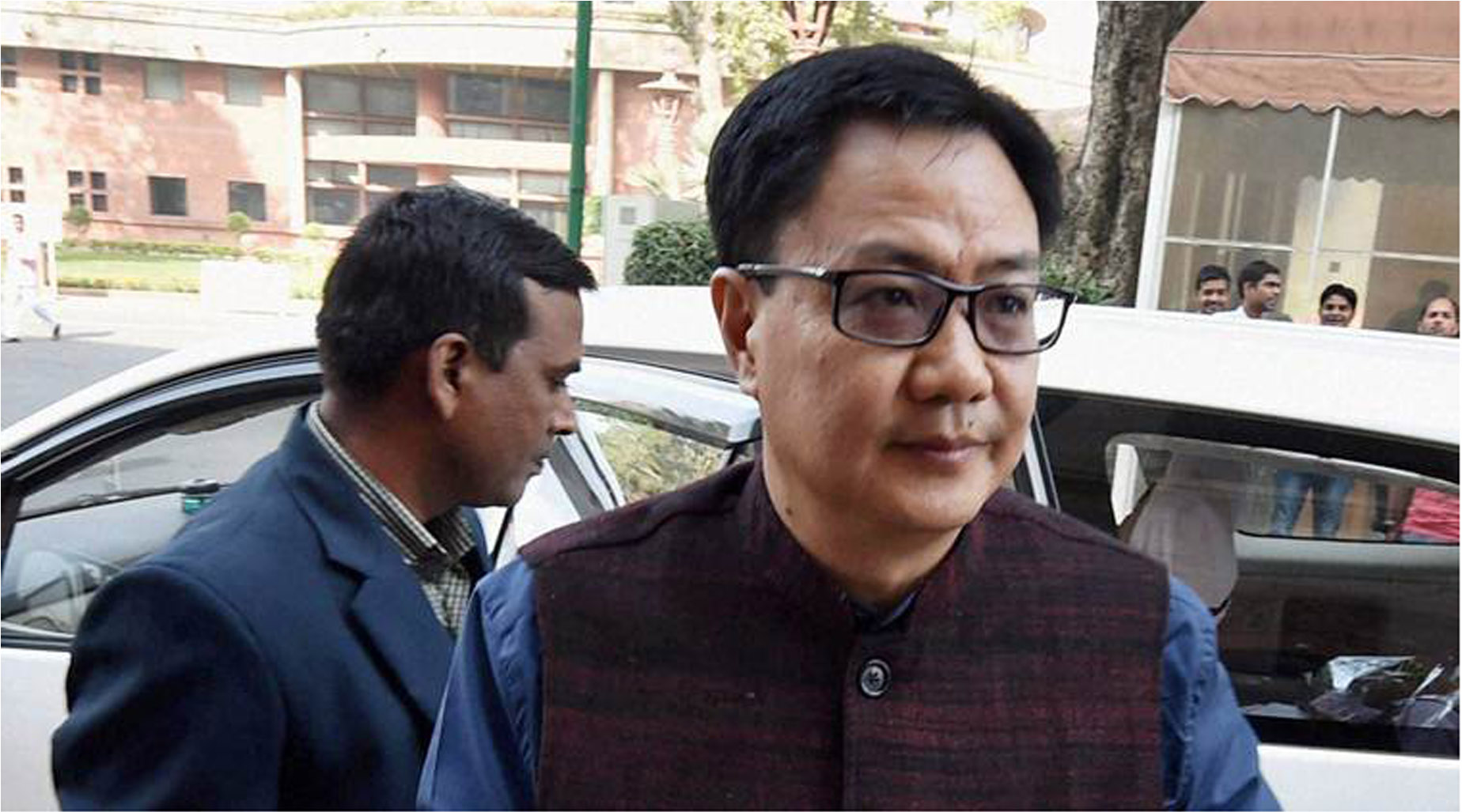 As Narendra Modi is all set to be sworn in as the Prime Minister on Thursday evening, it is almost certain that 47 year-old Kiren Rijiju is again getting a ministerial berth.

The young and dynamic BJP MP from West Arunachal defeated his nearest rival, Nabam Tuki of the Congress by a margin of 1,74,843 votes. While Rijiju received 63.02 percent votes, Tuki polled only 14.22 percent votes.

Born on November 19, 1971 at Nakhu near Nafra in West Kameng district of Arunachal Pradesh, Kiren Rijiju was the face of BJP in northeast in Modi’s first government.

BJP supporters in Arunachal Pradesh claimed that the BJP leadership has given clear indication that Rijiju is being inducted again in the ministry.

As the Union Minister of State for Home Affairs, Rijiju made a name for himself in the national political theatre for his oratory skills and smartness.

A graduate of Hansraj College, Rijuju has travelled around the world, and is a visionary. He also holds a Law degree from University of Delhi.

Born to the politically progressive family of Rinchin Kharu and Chirai Rijiju, he was an active social worker since his school days. As a member of the youth and cultural team Kiren Rijiju, at the age of 16, participated in the Festival of India in USSR in 1987.

His father was the first pro-term speaker of Arunachal Pradesh, and had administered the oath of office and secrecy to the Members of the first State Legislative Assembly.

In addition to being a successful MOS (Home), Rijiju became as a Member of Khadi and Village Industries Commission at the age of 29 in 2000.

Also Read – It’s time to stand together, say no to insurgent groups: Rijiju

At the age of 33, Rijiju was first elected to the 14th Lok Sabha in 2004. As a first time MP, he was ranked among the top 5 opposition MPs because of his active participations in debates and discussions.

Though he lost the election in 2009 by a margin of 1,300 votes, Rijiju was elected to the 16th Lok Sabha in 2014 from the Arunachal (West) constituency. He was inducted by Modi, and was entrusted with the important portfolio of Home Affairs.

Rijiju’s strength is his wife, Joram Rina. She is an alumnus of the Lady Shri Ram College for Women, New Delhi. At present, she is working as an Assistant Professor teaching history at the Dera Natung College in Itanagar.