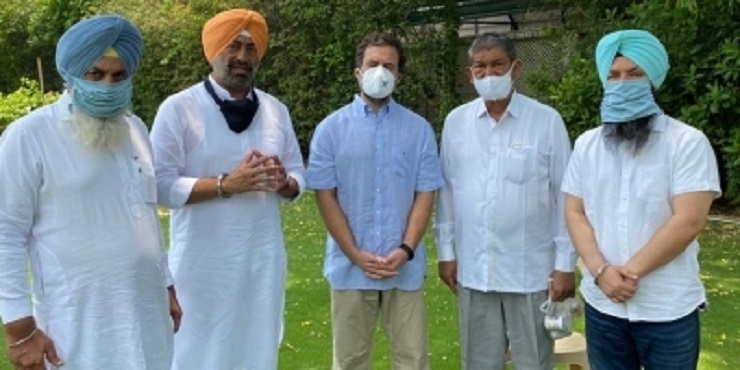 The three rebel Aam Aadmi Party (AAP) legislators, who formed Punjab Ekta Party, on Thursday, announced the merger of their outfit with the Congress.

The merger is seen as a shot in the arm of Punjab chief minister Amarinder Singh who is at the target of Navjot Singh Sidhu-led camp in the state.

Singh, ahead of his meeting with the party high command in New Delhi on June 3, had inducted three AAP rebel legislators — Sukhpal Khaira, Pirmal Singh and Jagdev Singh Kamalu — into the party.

The chief minister before leaving for Delhi had welcomed these three MLAs into the party fold.

Firebrand Khaira, once the hard critique of Amarinder Singh, had quit the Congress and joined the AAP in December 2015. He was elected from the Bholath assembly seat in 2017.

However, Khaira, a former leader of opposition in the Punjab Assembly, resigned from the primary membership of the AAP in January 2019 and had also floated his own outfit, the Punjabi Ekta Party.

The other two MLAs, Kamalu and Dhaula, are first-timers.