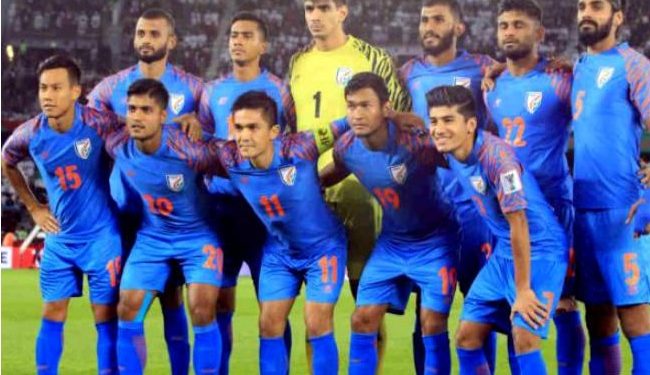 Ahead of the crucial second round World Cup qualifier match against Bangladesh, the Indian Football team is arriving in Guwahati for a preparatory camp.

The second round World Cup qualifier match against Bangladesh is scheduled to be held on October 15 in Kolkata.

Igor Stimac, head coach of the Indian team said the camp will end on October 12.

The match against Bangladesh is crucial as India went down to Oman in a heartbreaking 1-2 loss in its first match of the qualifiers on September 5 in Guwahati.

The Indian team had performed better in second game against Qatar with a goal-less draw.

Stimac said the Indian team will play a friendly match on October 9 against the Northeast United FC.

The players are of the opinion that the match against Northeast United FC is going to be a good test before facing Bangladesh.

During the preparatory camp, the players are going to spend a lot of time practicing in the Indira Gandhi Athletic Stadium, a popular venue for ISL and international football matches.

The players are going to start their practice from October 5 in Guwahati, Stimac said.

Most of the Indian players are confident of a good match at the Yuva Bharati Krirangan because of support of the football fanatic fans in Kolkata.

Meanwhile, the players of Northeast United FC have also reached Guwahati on Friday to practice for the match against the Indian team.