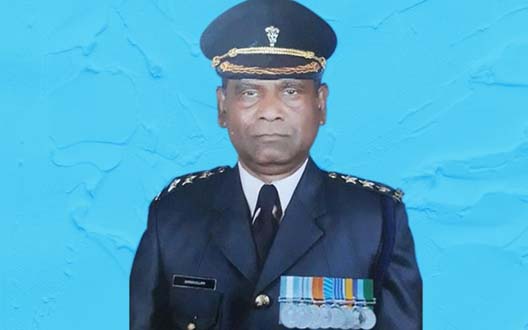 The Assam police discharged from service Mohammad Sanaullah, who was declared a foreigner by a Foreigners’ Tribunal in Assam’s Kamrup district recently and sent to a detention camp in Goalpara.

An order issued from the special director general of police (border), Assam said that Mohammad Sanaullah was discharged from service and is derived from all the facilities as government servant with reference to an order of the Foreigners’ Tribunal that declared him as a foreign national of post March 24, 1971.

The development took place when the family of Sanaullah had already approached the Gauhati High Court challenging the order passed by the Foreigners’ Tribunal that declared him as a foreign national.

It may be mentioned that Sanaullah had served in the Indian Army for 30 years and upon retirement from the Army as Honorary Captain in 2017, he took up a job with the Assam police as a Sub-Inspector (SI) in the Border Branch.

Mohammed Sanaullah was born on July 30, 1967 to Mohammed Ali, a resident of Kalahiklash village under Boko area in Assam’s Kamrup district.

As per the records, he joined the Indian Army in 1987 and worked in different capacities.

“He received a President’s Certificate in 2014 for his promotion to the rank of Junior Commissioned Officer (JCO) with effect from 2012,” said Sanaullah’s counsel Sahidul Islam.

Sanaullah is not the only case. Earlier in 2017, the Foreigners’ Tribunal had served a notice to retired Junior Commissioned Officer of Indian Army Azmal Haque, a resident of Chaygaon area in Assam’s Kamrup district.