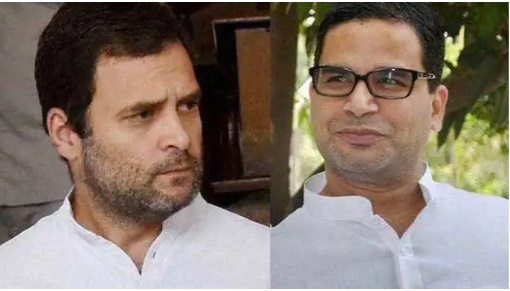 Party insiders said Punjab elections were discussed and a possible equation was on the table as Kishor has been advising chief minister Amarinder Singh on key political issues.

However, there is no official word regarding the meeting.

When the Punjab chief minister was in Delhi to meet interim party chief Sonia Gandhi, he had also met Kishor.

The Congress is likely to come with amicable formula for Punjab this week as infighting within the state unit has not de-escalated.

Cricketer-turned-politician Navjot Singh Sidhu, who has taken up arms against Amarinder Singh, has met party general secretary Priyanka Gandhi and Rahul Gandhi in the recent past.

A three-member committee, headed by senior party leader Mallikarjuna Kharge, had been set up to resolve the matter and had submitted its report.

Amarinder Singh and Sidhu, among other state leaders, had also met the committee members.