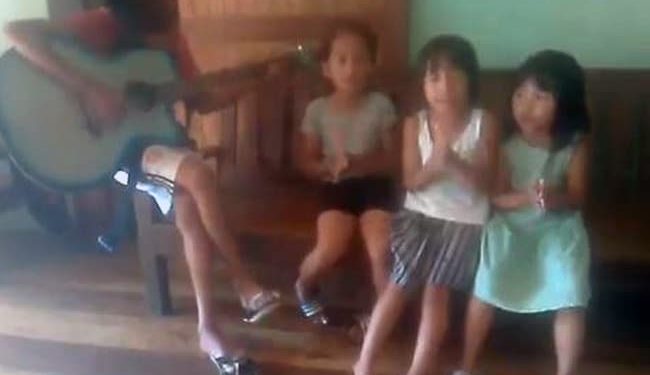 Prime Minister Narendra Modi was really overwhelmed with a video that has gone viral on social media which features four children from Nagaland singing the Happy Birthday song to him with one of them playing a guitar.

The video  of 45 seconds duration which shows the three children together singing ‘Happy Birthday Modiji, May God Bless You Modiji’ along with the strumming of the guitar reached more than 11 lakh views on Twitter.

The four of them hails from Ungma village in Nagaland’s Mokokchung district.

The video was shared on Twitter by a Varanasi based Naga lady Temsutula Imsong who gained fame after Modi tweeted about her and her team’s effort to clean the ghats at Varanasi.

‘From #Ungma #Nagaland to @narendramodiji!! Entire North East is transforming with the attention and care that we have received from you. You are inspiring us to do our best every day ,every moment! Praying for your good health … #HappyBdayPMModi #HappyBdayModi ji.’

After watching the video, Modi expressed his delight and promised to send them some goodies from NaMo merchandise.

‘This is among the sweetest things on the internet today. Thank you so much! @namomerchandise would get in touch with you to send over a few goodies for them.’

It is also available on the NaMo app that released its upgraded version on Tuesday.