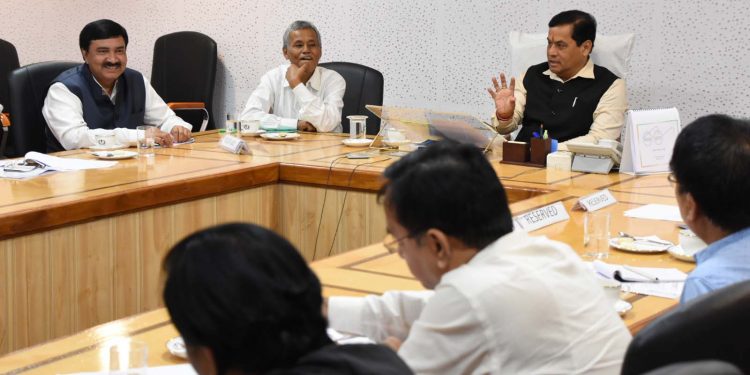 Assam chief minister Sarbananda Sonowal in a review meeting of Pension and Public Grievances department at his conference room at Janata Bhawan on Wednesday.

Assam chief minister Sarbananda Sonowal on Wednesday directed the Pension and Public Grievances department to ensure the receipt of pension by the state government employees on the same day of retirement.

Sonowal issued the direction while reviewing the functioning of the department at his conference room at Janata Bhawan.

He also instructed the department to take necessary steps for enabling the employees to receive pension on the day of retirement through a web based scheme named ‘Kritagyata’.

Through this web-based scheme, the retiring employees will be provided the opportunity to submit their documents online in the last year before their retirement.

Saying that employees would get the true respect they deserve if they could receive the pension on time after serving for so long, Sonowal instructed the Pension and Public Grievances department to speed up its functioning.

He also asked the department officials to prepare an online interface for the convenience of the pensioners.

Reviewing the disposal rate of public grievance related issues, the CM urged the department to create an online portal connecting the CMO, all ministers’ offices along with DC offices so that the grievances could be sent to departments concerned at the earliest.