A look into uniform of first chief of defence staff 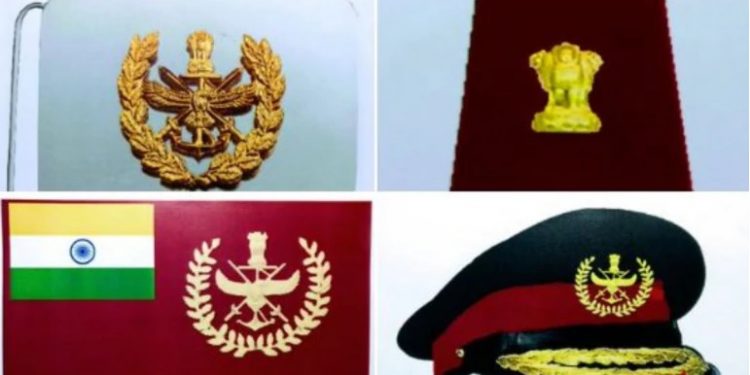 The Indian Army on Tuesday revealed snapshots of the components of the uniform that will be worn by India’s first chief of defence staff (CDS) general Bipin Rawat.

In successive tweets, the Army shared representational images of the car flag, peak cap, shoulder rank badges, belt buckle and working dress buttons of the first CDS of the country.

The insignia of the CDS draws emblematic elements from all the three services of the armed forces that include the two swords of the Army, the Indian Air Force’s eagle and the Navy’s anchor.

Moreover, the State emblem of Ashok Chakra will also be incorporated as an emblem in the uniform of the CDS.

Although the colour of the CDS’s uniform will be olive green, the shoulder will have a maroon patch with golden ranks to represent all three services.

The cap, car flag and belt buckle of the CDS will also be different with badges and accomplishments to represent the three services.

There will be no sword and baton or stars on the shoulder to signify the ranks. The CDS uniform will also not have a lanyard as the idea is to have service neutral representations

Moreover, the service ribbons will also remain the same.

While sharing snapshots of the components of the new uniform of the CDS, he Indian Army stated in a tweet:

‘Chief of the Defence Staff #CDS on assumption of appointment will have his office in South Block. #CDS shall have parent Service uniform. Rank badges & accoutrements of #CDS reflect #Jointness #Integration #Synergy.‘

It may be mentioned that the Rawat has been named as the first Chief of Defence Staff (CDS) on Monday.

The CDS will be the “first among equals” with respect to the three service chiefs, all four-star officers themselves who will retain the operational command of their respective forces.