Park in memory of Assam Agitation martyrs in Mangaldai soon 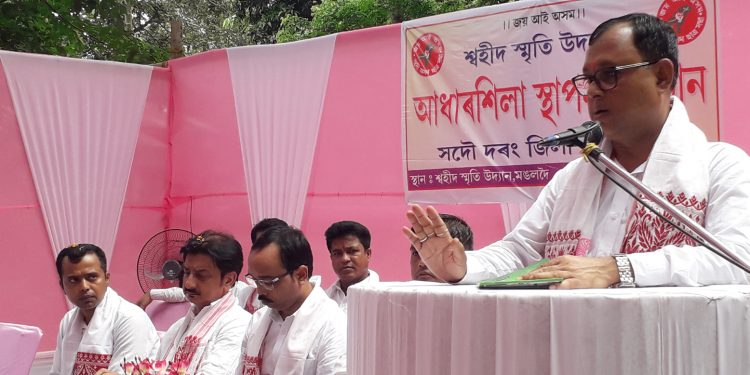 All Assam Students’ Union (AASU) president Dipankar Nath on Wednesday laid the foundation for a memorial park in Mangaldai.

The park would be constructed in memory of the 21 martyrs of the Assam Movement at the same place where they were cremated on February 19, 1983.

An amount of Rs 30 lakh has been sanctioned for the park’s construction at the behest of Mangaldai MLA Gurujyoti Das.

Speaking on the occasion Nath thanked Assam Chief Minister Sarbananda Sonowal and MLA Gurujyoti Das for initiating the project of preserving the memories of the late martyrs.

He also urged the project implementation committee for reserving a special space for Khargeswar Baruah- one of the youngest martyr.