Where is ULFA (I) C-in-C Paresh Baruah?

The elusive ULFA (I) commander-in-chief, Paresh Baruah now shuttles between Dehong and Ruili in Yunnan province of China, and has lost direct contact with his armed cadres in Myanmar.

All the senior ULFA (I) cadres told their interrogators that they were left with no options but to return back to Assam and surrender.

Situation in Myanmar has become hostile after the series of offensive launched by the Tatmadaw—the Myanmar military, against the National Socialist Council of Nagaland (Khaplang) since February this year, the surrendered cadres, said. 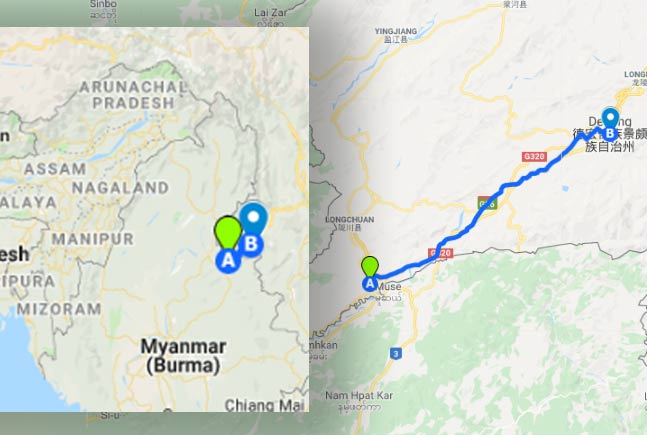 The Myanmar Army launched the massive offensive against the NSCN (K) alleging that the organization violated the ceasefire ground rules.

Though the Myanmar Army is trying to blame the NSCN (K) for ceasefire violations, there is definitely pressure from New Delhi on Naypyitaw to flush out the Indian insurgent outfits from Myanmar.

All the eight training camps of ULFA (I), NDFB (S) and the Meitei outfits, which were located at Taga, have been totally demolished by the Myanmar Army, the surrendered cadres, said.

The ULFA had put up its training camps in the area, with support of erstwhile NSCN (K) chief S.S. Khaplang, after crackdowns in Bhutan and Bangladesh.

The surrendered ULFA (I) cadres claimed they had to escape from the training camps, and had to hide in the jungles for weeks to protect themselves from the repeated mortar shelling by the Myanmar Army in the area.

The ULFA (I) reportedly lost a few fighters, including ‘Major’ Jyotirmoy Asom. The other cadres, who were hiding in the jungles, were facing a lot of problems because there was acute shortage of food supplies.

As the ULFA (I) cadres took refuge in the jungles of Myanmar, they totally lost contact with the top leadership of the organization, and especially with the commander-in-chief, Paresh Baruah.

The surrendered ULFA (I) cadres told the interrogators that Paresh Baruah was not in Taga when the Myanmar Army launched attack on the training camps in Taga.

Most of the time, Paresh Baruah is based in two secured hideouts at Dehong and Ruili in the Yunnan province of China, the surrendered cadres, said.

Both Ruili and Dehong are close to the Myanmar border, and according to the surrendered cadres, the commander-in-chief of ULFA (I) has been visiting the training camps at Taga through Bhamo, a border city of Kachin state.

The surrendered cadres could not give any details about Paresh Baruah’s health condition. It was earlier reported in a section of media that Paresh Baruah was not keeping well, and was undergoing treatment in a Chinese hospital.

It was reported that the elusive ULFA (I) commander-in-chief was undergoing treatment at the First People’s Hospital in Jiegao, 6 kms south-west of Ruili in the Yunnan province.

The surrendered ULFA (I) cadres said that they have heard that Paresh Baruah is highly diabetic, and has kidney problems.

The intelligence agencies claimed, in addition to Dehong and Ruili, Paresh Baruah may also have a couple of hideouts in Tenchong and Nuijang areas of Yunnan province of China.