Pall of gloom at Assam BJP headquarters in Guwahati 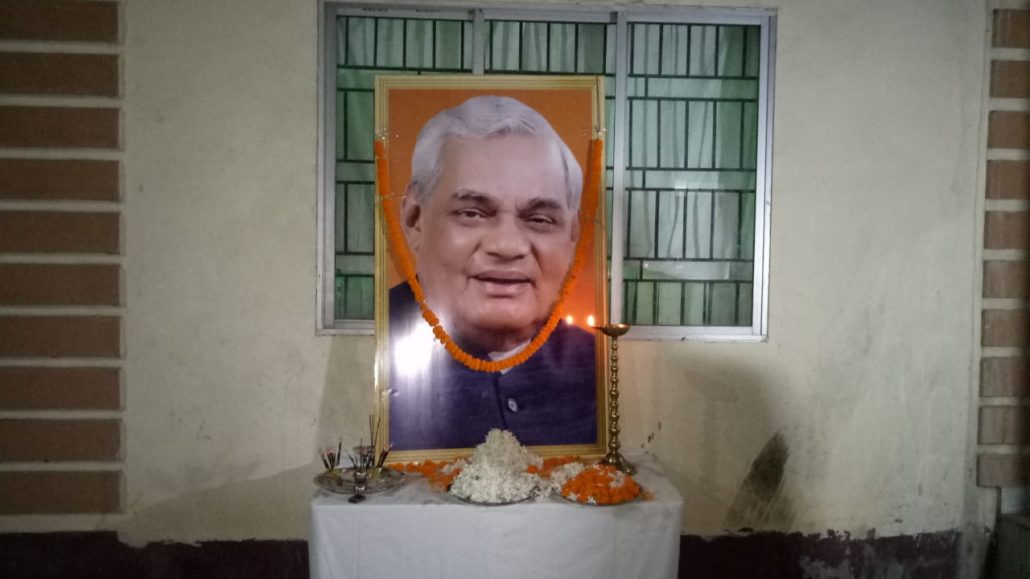 The demise of former Indian Prime Minister Atal Bihari Vajpayee has been mourned at the Assam BJP head office at Hengerabari in Guwahati on Thursday evening.

BJP’s Bokajan MLA Dr Numal Momin said, “Vajpayee ji was the guardian of BJP. We have lost our father today. He was the pioneer of BJP and architect of coalition government. Nobody can fill this emptiness in Indian political scenario.”

On the other hand, Batadroba Angoorlata Deka said, “We learnt politics from him. We have to follow his philosophy. The Bharatiya Janata Party will walk through the path Vajpayee ji showed. He was more than a politician for everybody. May his soul rest in peace.”

Minister of State Irrigation (Independent) Bhabesh Kalita recalled the days under the leadership of Atal Bihari Vajpayee as Prime Minister.

Kalita said, “Vajpayee was a politician, philosopher, poet and especially the guardian of BJP. The nation achieved a new dimension under his leadership as PM. It is sad to say we lost our guardian.”