Over a dozen indigenous rice varieties vanishing in Manipur

Despite India being one of world's biggest producers of rice, little is known about the rich variety of rice that is grown across the country 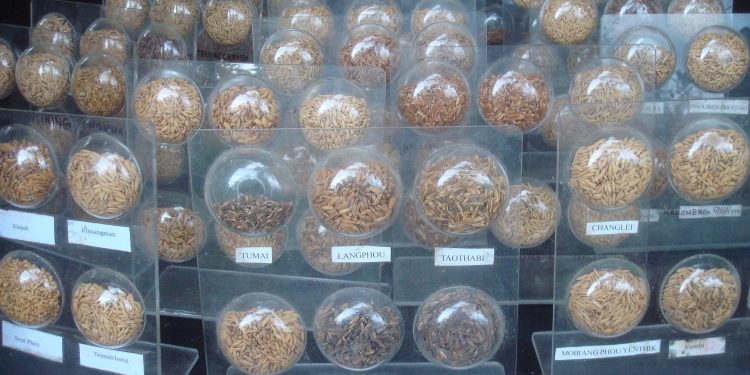 Indigenous rice varieties numbering more than a dozen have reportedly vanished from Manipur in the last 15 years.

Indigenous rice varieties numbering more than a dozen have reportedly vanished from Manipur in the last 15 years.

Devkanta had been growing and conserving a number of different native rice species.

Devkanta who won prestigious plant genome savior farmer award in 2012 for the first time from Northeast, said that many indigenous rice varieties grows in the region since time immemorial because of the state’s micro-climatic conditions.

Despite India being one of world’s biggest producers of rice, little is known about the rich variety of rice that is grown across the country.

Manipur, being a part of the Indo-Myanmar biodiversity hotspot, is a major source for a wide variety of plants and rice varieties which can be grown in other parts.

Besides they have collected and submitted around 100 seed samples for conducting the grow-out test for identification of uniformity and stability (under PPV & FRA).

The functionary of AMAPCON which had been conserving more than 300 indigenous seeds of rice, medicinal and aromatic plants, further said they’re presently growing more than 70 different rice varieties in the fields apart from storing around 150 different indigenous rice seeds.

However, the plant products are being lost at an alarming rate before discovery due to lack of knowledge, development and attention, Ronendro said.

Considering the alarming situation and also to conserve indigenous seed varieties besides taking up steps to help secure genetic diversity for climate resilience, the first ever National Indigenous Seed Festival 2019 in Northeast will be held at Central Agricultural University at Eroishemba in Imphal from Saturday.

The main objective of the festival is to exhibit different types of native indigenous seeds, which were earlier used before the modernization of agriculture, said an organiser.