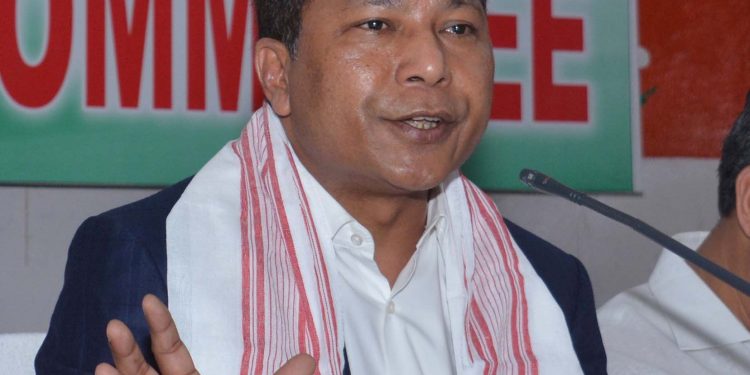 Slamming the BJP’s claim over infiltration from Bangladesh, former Meghalaya chief minister and chairman of North East Congress Coordination Committee (NECCC)  Mukul Sangma on Friday said that over 82,000 infiltrators were deported during ten years of UPA’s tenure while the BJP government at the Centre in last five year could deport only 1,822 infiltrators.

Sangma said this while addressing a press conference in Guwahati and added that the BJP government has only been using rhetoric to win the elections.

“The BJP have no intention to deal with issue of illegal immigration. BJP is nothing but dream merchants. They say something ahead of the election and do something else when they are in power,” said Sangma.

“The Prime Minister Narendra Modi lead government has failed to deal with the issue of security. An atmosphere of fear is created and the BJP government is also destroying all the institutions affecting the democracy,” he said.

“Is it not true that maximum number of terrorist attack took place in Jammu & Kashmir and Chattishgarh within the last five years? The statistics prove that the BJP government has failed to deal with the security issue,” he said.

Sangma said that the BJP has also failed to understand the sentiment of the people of Assam and the Northeast.

“There were wide spread protests over the Citizenship (Amendment) Bill 2016 in the northeast. Yet the BJP leaders have said that the Bill will be passed by June or July this year. This also shows the attitude of the party towards the people of the region,” he said.