One arrested for objectionable social media post on Citizenship Bill

The 23-year-old accused has been identified as Pranob Borah who hails from Kakojan Besapatigaon under Teok Police Station in Jorhat district. 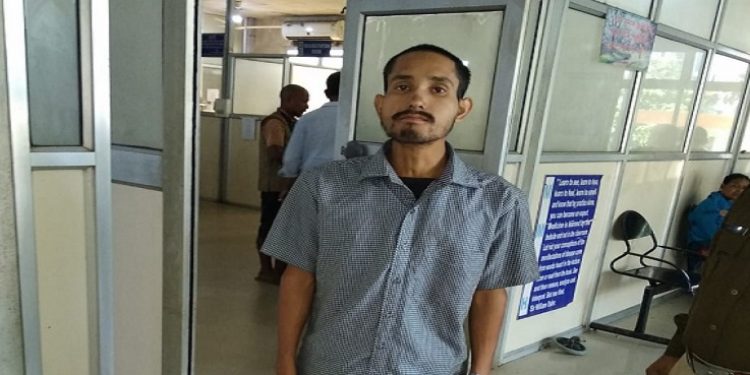 Bharalu police on Wednesday arrested one youth on charge of posting objectionable comments on social media regarding Citizenship (Amendment) Bill, 2016.

The 23-year-old accused has been identified as Pranob Borah who hails from Kakojan Besapatigaon under Teok Police Station in Jorhat district.

“The accused had threatened either to join the banned outfit United Liberation Front of Asom (ULFA) or to commit suicide in the river Brahmaputra if the government does not withdraw the bill,” Chamuah said.

Chamuah said the social networking sites monitoring cell had traced the update and accordingly police nabbed him from near Bharalumukh in the city on Wednesday morning.

A case (No 949/18) under section 153 (b) (imputations, assertions prejudicial to national integration) of the Indian Penal Code and section 66 (f) of the Information Technology Act has been registered at the Bharalumukh Police Station.

The accused has been produced before the court of chief judicial magistrate, Kamrup (Metro) on Wednesday evening and sent to jail.

Assam director general of police Kuladhar Saikia had issued strict orders to the superintendents of police of all districts to remain alert on the issue of youths joining the ULFA (I).

Saikia has also asked the special branch to remain alert and take necessary action in the matter whenever they get any input.