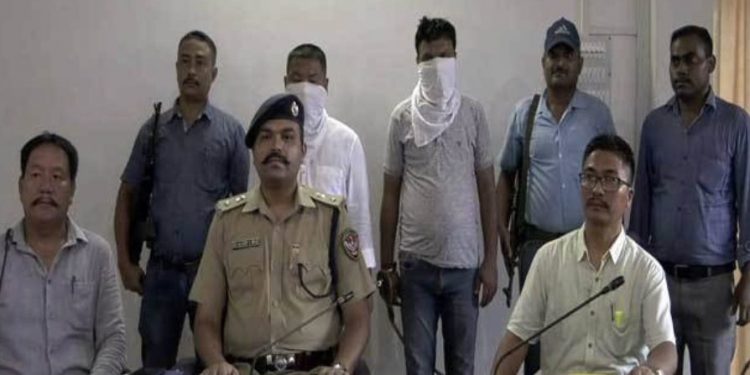 A businessman hailing from Margherita in eastern Assam’s Tinsukia, Manoj K Mittal, was also nabbed during the operation.

The duo was arrested from Changlang by the SIT team near Nyorch of Naharlagun on Sunday.

A Scorpio vehicle was also seized from the arrested persons.

According to police, the vehicle was used in extortion activity in the capital complex.

The superintendent of police while interacting with media on Monday revealed that the Scorpio vehicle was registered in the name of NSCN-R commander’s wife.

“We have seized two ATM cards from the NSCN-R commander in which one of the account total amount was Rs 11,86,000 while the second account details is yet to be ascertained,” the SP further said.

“Apart from extortion, we are suspecting he came to buy land for building one hideout in capital region, SP Brar added.

During investigation it was revealed that Phangran Jugli is wanted in five different cases of Changlang district.

Further investigation is on to unearth the details of conspiracy and arrest of other accomplices in this case.