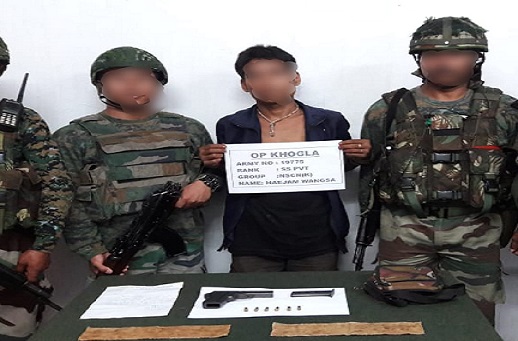 Acting on a tip off about the presence of a militant trying to terrorize people of Khongla village, the Khonsa Battalion swung into action and launched operation in the area and apprehended NSCN (K) militant Haejam Wangsa from the village.

A pistol, live ammunition, extortion notes, opium and some incriminating documents were recovered from the possession of the militant.

During the interrogation the militant revealed that he had joined the outfit in 2014 and undergone three-month weapon training at an NSCN (K) camp in a neighbouring country.

Security forces have launched intense operation against militants in the Southern part of Arunachal Pradesh.