Do not label us with tax collecting group: Naga National Council

Washing its hands off the taxation imposed by the Naga political groups here as alleged by various NGOs and the church, the Naga National Council (Parent Body) has urged all concerned not to label it with the factions or groups who are indulging in tax collection. 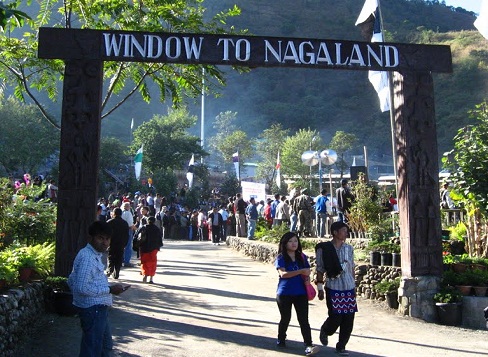 Washing its hands off the taxation imposed by the Naga political groups here as alleged by various NGOs and the church, the Naga National Council (Parent Body) has urged all concerned not to label it with the factions or groups who are indulging in tax collection.

“We love our people and freedom and never believe in taxation in the name of national workers or freedom,” the NNC (Parent Body), in a statement issued by its information and publicity wing on Saturday, stated.

The NNC (Parent Body) clarified that it never collected tax nor imposed or forced anybody – public or businesses or even the church – to pay tax as was done by various factions or groups.

The statement said the NNC (Parent Body), under the leadership of vice presidents Yilow Humtsoe and Zhiongba Yimchungrii and general secretary V Nagi even called for naming those factions or groups responsible for taxation, burdening the public and even the church, in public interest.

It said, “Pinpoint the culprit, but not the one who had stood for the people and freedom.”

The outfit also claimed that it had clarified its stand on the “serious matter” of taxation even in the past.

In the meantime, the Dimapur Chamber of Commerce and Industries (DCCI) on Saturday condemned the firing at a two-wheeler showroom here by unidentified gunmen on November 20.

The DCCI demanded that those responsible should be immediately arrested and punished, saying they were trying to create a fear psychosis amongst business community.

Assuring to extend its support to the investigating agency, it affirmed that the business community was no more intimated by such threats and attempts but determined to fight against such anti-social elements.

The DCCI also requested the business community here to cooperate with the police and inform them of any kind of threat and intimidation. It also urged the police to take pre-emptive steps to curb such activities

Lamenting that the business community was burdened with forced donation and contribution with the coming of the festive season, the DCCI warned those elements to refrain from such collection.

The Public Action Committee of the Naga Council Dimapur on Friday asked the Nagaland government to arrest the culprits involved in the firing at the two-wheeler showroom, failing which it would call a 12-hour total Dimapur bandh on November 30.