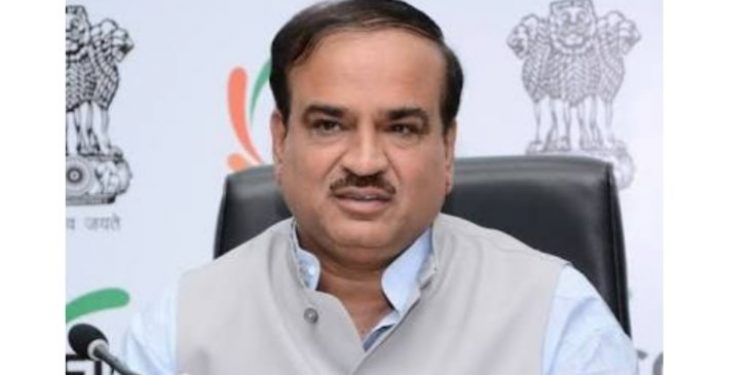 Union Minister of State for Home Kiren Rijiju joined leaders across the country in mourning the untimely demise of Union Fertilizer and Chemicals, and Parliamentary Affairs Minister Ananth Kumar on Monday.

Kumar passed away early Monday morning at a private hospital in Bengaluru.

He represented Bengaluru South since 1996, and won for six terms in a row. He was 59 years.

‘I’m shocked by the passing away of my senior colleague and senior BJP leader Shri Ananth Kumar Ji. As a good human being & as a leader he carried an impeccable record in serving the society. His advise & words of wisdom will always keep motivating me. May his soul rest in peace.’

Assam Chief Minister Sarbananda Sonowal also took to Twitter to condole the passing away of the Union Minister.

His dynamism, energy and dedication towards the people remains a shining example for all in public life. My heartfelt condolences to his family, friends and well wishers.’

‘Extremely saddened that Shri Ananth Kumar ji is no more with us. A dedicated and senior cabinet minister @BJP4India .My thoughts and prayers are with his family in these difficult times.’

‘Saddened by the demise of #AnanthKumar, 3-time Union Minister. He entered public life at a young age & carved his own space in the national political arena. His death is a great loss for Karnataka & India is poorer with his absence. Condolences to his loved ones. May his soul RIP.’

I pray to God to give courage and strength to the bereaved family to bear the loss. My deep Condolences.’

Kumar had has earlier served as Tourism and Civil Aviation Minister. He is survived by wife, Tejaswini and two daughters. The couple successfully ran Adamya Chetana, a nonprofit that is engaged in a host of social service activities including providing hot midday meals to about two lakh school children everyday.