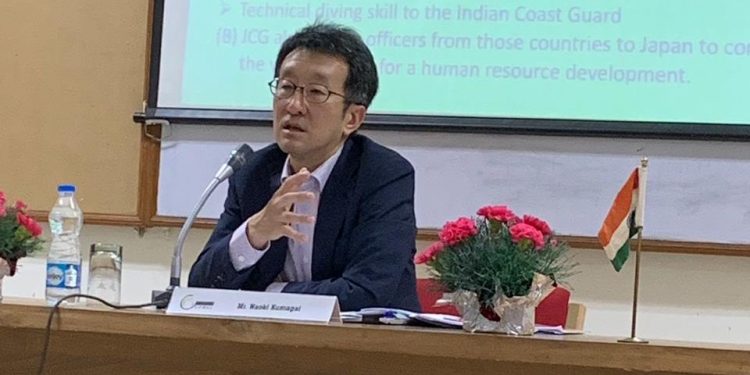 India and Japan see the Northeast as the gateway between South and Southeast Asia, says Japanese diplomat Naoki Kumagai.

Addressing a conference on Indo-Pacific organized by the Kolkata based CENERS-K on Saturday, Kumagai, who is minister for political affairs in Japan’s embassy in New Delhi, said India’s Northeast was of ‘enormous strategic importance’ to both countries.

“That is where India’s Act East policy and Japan’s outreach in South and Southeast Asia tend to converge,” Kumagai said.

He said the India-Japan Act East Forum gives Japan the position of the key foreign partner in the development of the Northeast and projects worth 130 billion rupees were underway to develop both infrastructure and environment in the region.

Kumagai said the most important was the upgradation of National Highway 40 and 51, specially NH 40 which will connect the region to Dhaka and Benapole and then to West Bengal.

Gen V K Singh, minister of state for road transport and former Army chief, said Indo-Pacific is not a ‘closed club’ but is open to any country interested in the process.

Gen Singh agreed with Kumagai that India and Japan are close strategic and economic partners and both countries are focussed on developing the Northeast.

On China, Gen Singh said ‘both India and China have enough space in the world to pursue their own interests and their relations should not be seen as a zero sum strategy’.

“But the economic relation is yet to take off. We are looking to see how China’s Belt and Road initiative and Japan and India’s Free and Open Indo-Pacific can go together,” she said.