The NGT on Wednesday issued notices to NHPC, Ministry of Power, Brahmaputra Board, Ministry of Environment and Forests & Climate Change, Assam as well as Arunachal Pradesh government following allegations that a three-member committee violates NGT judgement over big dam. 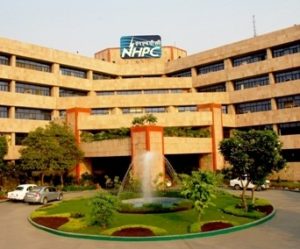 While taking up the petition filled by Assam Public Works president Abhijeet Sharma, the NGT has also asked the Ministry of Environment and Forests to file affidavit about serious allegations filed against the three-member committee.

Advocate to petitioner Sanjay Upadhaya and Upama Bhattacharjee explained the court that if the committee is allowed to function “all efforts done till date will be wasted. Also the committee violates the NGT judgement of October 16 last.”

The petitioner raised concern over the two members of the said committee. It said that Dr I D Gupta (Seismology) is already a consultant of the previous POC committee. He in his report already submitted to POC his view in favour of the Dam.

The petitioner said that the second member P M Scott (Hydrology from NE) is learnt to be a central government employee of Central Water Commission department. He is also the Vice Chairman of Brahmaputra Board.

“Being a government employee he has also violated the previous NGT judgement,” the petitioner said.

The petitioner has appealed to the NGT to direct Ministry of Environment and Forests & Climate Change to reconstitute the committee with accomplished and known experts and scientists with proven capacity on seismology, hydrology of river and river eco system of Himalayan and North Eastern region of the country.

The NGT has set March 7 as the next date of hearing.