NGOs to stage 12-hour hunger strike against corruption in Cachar 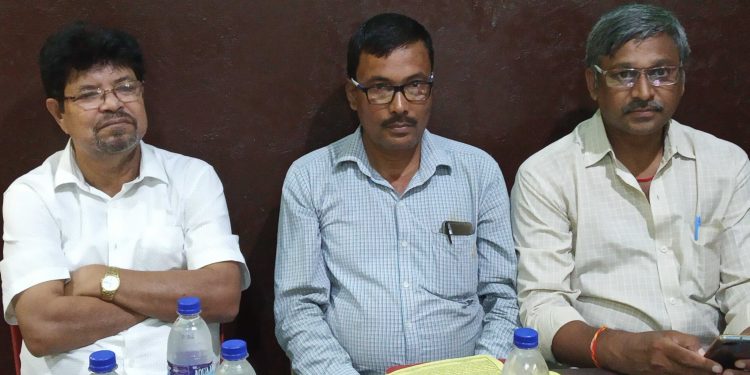 A group of NGOs in South Assam’s Cachar district have taken up the cudgels to fight against rampant corruption in the district administration.

Addressing a press conference on Saturday in Silchar, members of the NGOs cried in chorus about the rise in corruption in all the government offices under the district administration of Cachar.

Chartering a number of demands, members of the NGOs are going to sit for a 12-hour hunger strike from 6 am on September 9 in Silchar.

Sujit Chanda, secretary of Prahari said the immediate need is the removal of Deputy Commissioner of Cachar, Laya Madduri to clean the corrupt practices.

“Removal of the Deputy Commissioner is a must because she has been abetting corruptions in various departments under her supervision,” Chanda said.

The secretary of Prahari said the arrest of a head assistant, Atasi Tarafdar from the Election department in March this year should be investigated by a central investigation agency.

Laya Madduri has given a clean chit to all the other officials and staffs who were named by Atasi Tarafdar as her associates in the corrupt practices.

“We demand the transfers of many officers and staffs serving under the Deputy Commissioner of Cachar,” Chanda said, adding that some of them have been working in the same position for more than two decades.

The NGOs also raised serious questions on the political leaders turning blind eyes to the corruption in Cachar district.

“We have seven MLAs, one Deputy Speaker, one Cabinet Minister, and one MP in the district. Surprisingly, till date, none of them have come out in the open and spoke against corruption,” Chanda said.

Ranabir Chakraborty, president of Jai Ho said the rise in corrupt practices in Cachar district has been a major cause of under development.

“We whole heartedly support the 12-hour hunger strike on Monday,” Chakraborty said, adding that their fight against corruption would continue till it is completely removed from the system.

Kumar said they don’t see any difference between the BJP and Congress-led governments.

“We would continue to raise our voices against corruption in Cachar district,” Kumar said, adding that the rise in the ‘syndicate raj’ of smuggling of coal, fertilizers, wood, and Burmese supari is due to support of top leaders of the ruling party.