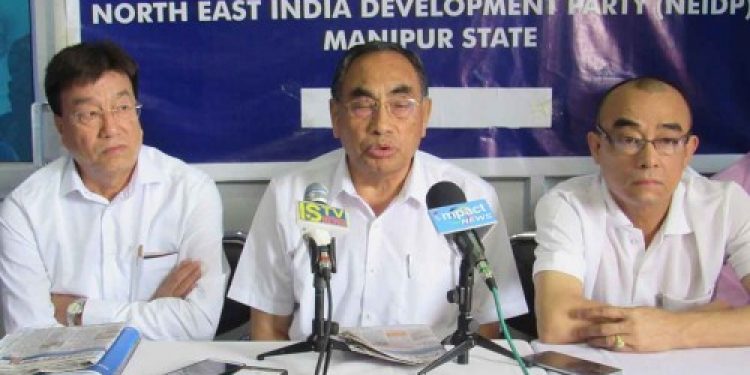 Interacting with media in Imphal the former Manipur legislator who joined the regional party after quitting Congress said regional parties enjoy more popularly in other parts of the country and have more strength compared to the north-eastern region.

Dr Bijoy reiterated that the NEIDP was founded to fulfill the aspirations and expectations of the people of Manipur in particular and the entire north-eastern region in general.

He further assured that the party is committed to to uphold the political, social and economic rights as provided under the Constitution of India.

The party is also committed to the task of building a developed democratic India based on principle of equal opportunity to all the citizens, he added.

Dr Bijoy also said that the party follows the policy of social and economic justice and development by decentralization of power.

He further claimed that the NEIDP ensures that the fruits of development can be made available to all the citizens.