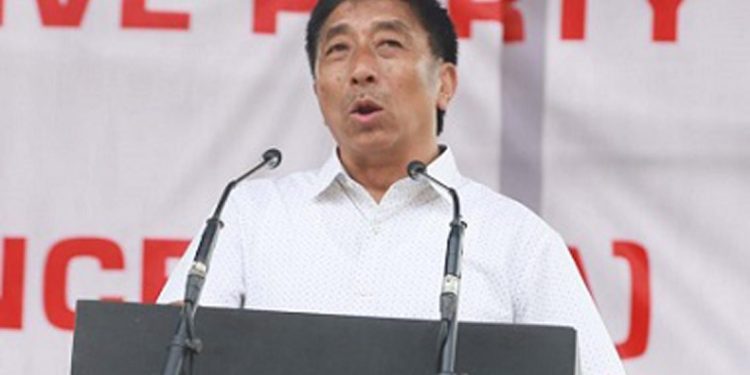 The NSCN (I-M) has flayed Nagaland’s Lok Sabha MP Tokheho Yepthomi for the way he presented the Naga case in the ongoing Parliament session on February 12.

The manner Yepthomi presented the Naga case in Parliament leaves much to be regretted, the NSCN (I-M) said in a statement.

According to the outfit, “The historical and political dynamics are missing. The punch was, therefore, found wanting.”

It said the conspicuous failure of Yepthomi was noticed when he could not even quote the correct date of the signing of the historic Framework Agreement.

“To say the least, his failure to do proper homework left the Naga people seething with righteous anger,” it said.

However, Yepthomi took the tweeter later to clarify that he had no ill-motive or intention to go against the Naga political negotiations which have been going for more than the last 23 years.

Adhering two minutes time given to each member by Lok Sabha Speaker Om Prakash Birla to raise matters of urgent public importance on February 12, the MP said he could not have gone on to divulge the historical and political dynamics of the Naga political issue which has been going on for more than seven decades now.

“I appreciate and support the Framework Agreement and Agreed Position between Government of India and Naga groups. Therefore, as and when the agreement is signed it will go down the annals of history as a testimony of grit and determination of Nagas,” he stated.

Stating that he did not contradict his statement on the ongoing negotiations, Yepthomi said the only issue he raised was in correspondence to the reply of the Ministry of Home Affairs to his unstarred question on February 9.

He said his participation was focused only to draw the attention of the Parliament for an early agreement to Naga political negotiations. Whether the agreement is made within a time-bound period or not is the prerogative of the negotiating parties involved, he added.