No confirmed coronavirus in Nagaland; seven in house isolation 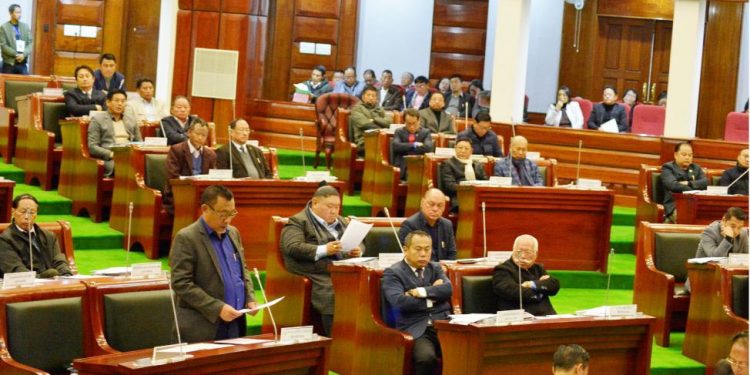 Nagaland health and family welfare minister, S Pangyu Phom on Saturday said there are no confirmed cases of novel coronavirus in Nagaland till date.

He said this in a reply to a question from Leader of the Opposition, T R Zeliang in the Legislative Assembly.

Zeliang had asked for details on the State Government’s response to the coronavirus outbreak.

The Minister further informed that no samples have been tested from the State, since those under surveillance have not exhibited any symptoms.

However, he said seven persons have been advised and kept under home isolation, according to reports.

Zeliang urged the State Government to scan passengers not only at the airport but at the railway station and all entry points of Nagaland as well.

The health minister informed that Nagaland was the first state to report on the special surveillance system portal for novel coronavirus with the Ministry of Health & Family Welfare.

The minister also said 42 persons arriving in Nagaland from China and other affected countries likeThailand, Singapore, Hongkong, Australia etc are under surveillance.

Phom added that a large number of calls are being received by the helpline numbers of the H&FW Department and to Health workers directly, which are being attended to as per protocol.

Meanwhile, the minister said mis-information has been spread with regard to novel coronavirus.