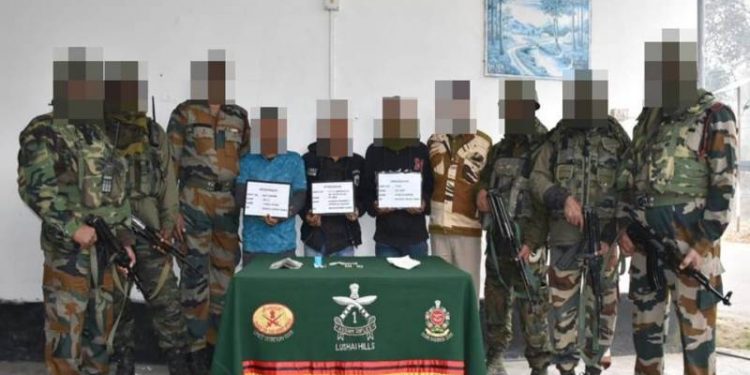 The Assam Rifles, in a joint operation with police, have apprehended three cadres of Nikki Sumi-led NSCN (K) at Jail Colony in Kohima, an Assam Rifles release said today.

Based on specific input, the troops on Wednesday launched an operation in the area and apprehended the three cadres, the release said.

The apprehended cadres, along with the recovered items, were handed over to the South police station in Kohima.