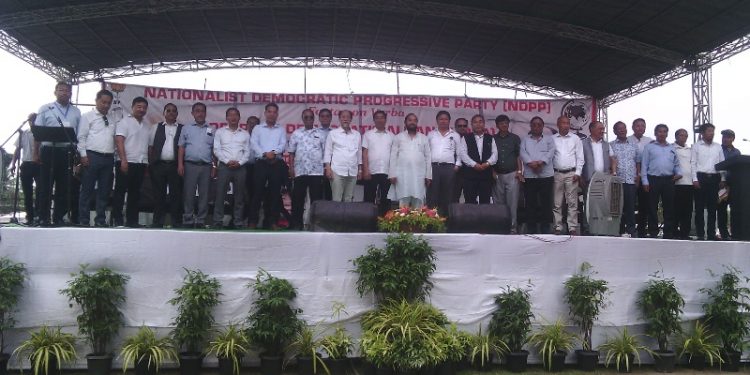 The ruling dispensation said it has taken note of the people’s concern on the contents of Ravi’s speech wherein “negative statements” on Nagaland were made.

The PDA held a meeting at the State Banquet Hall in Kohima on Thursday and adopted a four-point resolution.

“Though Nagaland may not be the best performing state, we are making every effort to take the state forward on all developmental fronts. As representatives of the people, the PDA is compelled to voice the feelings of the people,” a joint statement issued by Nationalist Democratic Progressive Party (NDPP) president Chingwang Konyak and state BJP president Tenjen Imna Along after the meeting said.

Ravi in his Independence Day speech said though Nagaland is endowed with one of the finest human and natural resources, it has unfortunately the dubious distinction of the worst-performing state in the country, including the Northeast region, on almost all the significant indicators of human development today.

He said when the security forces and Naga armed groups agreed to suspend operations against each other paving way for a political settlement, the legitimate expectation of the people of Nagaland was dividends of peace – freedom from fear of guns, better health, better education, better infrastructure, better livelihood opportunities, an atmosphere to dream and an eco-system to pursue their dream.

“Incongruously, a deep entrenched network of vested interests has emerged during the period which has misappropriated the dividends of peace and did not allow them to reach the people,” Ravi said. He said there is mass-scale mayhem and miscarriage of dreams and expectations of the people of Nagaland, he said. It is unendurable and unacceptable, he added.

The PDA welcomed the decision of Prime Minister Narendra Modi, Union Home Minster Amit Shah and the government of India for taking the initiative to resume the Indo-Naga political dialogue with utmost seriousness in “our collective endeavour” for a political solution that will pave the way for peace, progress and all round development.

The ruling alliance reiterated its support to the peace process in its role as active facilitator in order to create an atmosphere that is conducive to the realisation and successful landing of the political solution.

The PDA appealed to the Opposition NPF Legislature Party to reconsider its decision to withdraw from the Joint Legislators Forum (JLF) on Political Issue in the greater interest of Naga society “so that we continue to set aside all differences and rise above party affiliations in order to strive towards realisation of the people’s desire which is lasting and genuine peace”.

The ruling alliance said the JLF will continue to play its role of facilitating the peace process with committed dedication to fulfil the cry and will of the people. The NDPP, BJP and Independent members will continue to carry out its responsibilities as members of the JLF, it said.

The NPF Legislature Party at a meeting at the residence of Opposition leader TR Zeliang in Dimapur on August 18 withdrew from the JLF, saying the present set up of the forum is facing huge trust deficit and there exists no further purpose in continuing it. The NPF also said there is no valid reason for it to continue to remain in the JLF when the ruling dispensation does not have confidence in its legislators.

According to the party, the JLF has become a mere forum without any tangible roadmap to the Naga political issue on its part.