Nagaland: NDPP to urge State Govt to include Dimapur under ILP regime 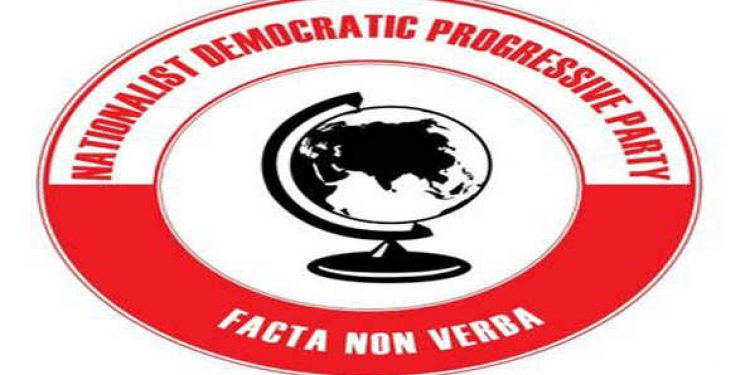 The Nationalist Democratic Progressive Party (NDPP) has resolved to urge the People’s Democratic Alliance government of which it is the major partner to include Dimapur district under the inner-line permit (ILP) regime, a proposition popularly felt necessary by mass-based social organizations.

This was resolved at the central executive board meeting of the NDPP held at its head office at Chumukedma on Saturday, the party said in a release on Sunday.

The NDPP said Dimapur district has seen an unprecedented increase of non-locals and their dominance over economic and business activities thereby making the local entrepreneurs suffer.

It resolved to urge the government to consider issuing work permits and strengthening the existing ILP regime. The party contended that this would help generate funds which could be utilized meaningfully for the welfare of local youths and keep a stringent check on those who enter or stay in the State.

Deliberating on other social and political issues, the meeting said the coming together of all the Naga political groups to the negotiating table with the government of India is a clear indication that the aspiration and fond desire of the Naga people for a permanent and honourable solution to the Naga political problem has been heeded by all the groups.

Terming this as an encouraging development, the NDPP resolved to urge all the negotiating parties to expedite the process of dialogue so as to usher in an era of peace and normalcy in the society.

The NDPP also expressed its sincere appreciation to the Election Commission of India for its fair and unbiased decision on the case seeking deregistration of the party.

Alleging the involvement of the Opposition party in the State on the issue, the NDPP said: “The ECI has seen through the charade and has passed a judicious order which shall go down the annals of Indian constitutional history that the ECI can and shall never be used and misused to score political brownie points by politically vested interests.”

“The involvement of the opposition in this issue had been crystal clear from the very beginning in spite of their denial,” it alleged.

The party expressed its sincere appreciation to all the civil societies who participated in the January 31 consultative meet at Chumukedima and came out openly against the passing of the Citizenship (Amendment) Bill.

It also reiterated and extended support to the stand of the civil society organisations’ resolution that Article 371 (A) of the Constitution protects the rights and privileges of the citizens of Nagaland from all acts of the Parliament unless the Nagaland Legislative Assembly decides by a resolution.

The NDPP also placed on record its appreciation to the PDA coalition partners for resolving to support the NDPP nominees as the consensus PDA candidates for the upcoming parliamentary and byelections in the State.