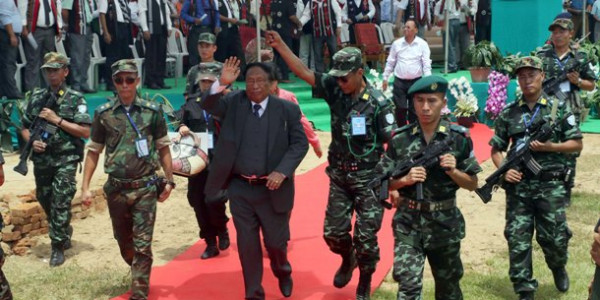 The much-awaited meeting between the NSCN-IM and Nagaland governor RN Ravi, which was scheduled to take place on Friday in Dimapur, has been deferred for now.

The meeting has been deferred because NSCN-IM chief Thuingaleng Muivah, would not be able to attend the meeting due to “health concerns related to travel”, News 18 reported.

Four months since the coronavirus outbreak, the meeting called by Governor Ravi was slated to discuss pending issues between the Centre and the NSCN-IM for finding a solution to the decades-long Naga political issues.

Senior leaders Rh. Raising and Deputy Kilonser Limachuba were to represent the NSCN-IM instead of Th Muivah, but the Governor, who is also the peace talk interlocutor, instead chose to reschedule the talks to a mutually convenient date later in order to include the octogenarian leader.

On Tuesday, however, another crucial round of talks was held in Dimapur between Ravi and the Naga National Political Groups (NNPGs).

The NNPGs was represented by the convenors and co-convenors of the seven groups in the meeting.