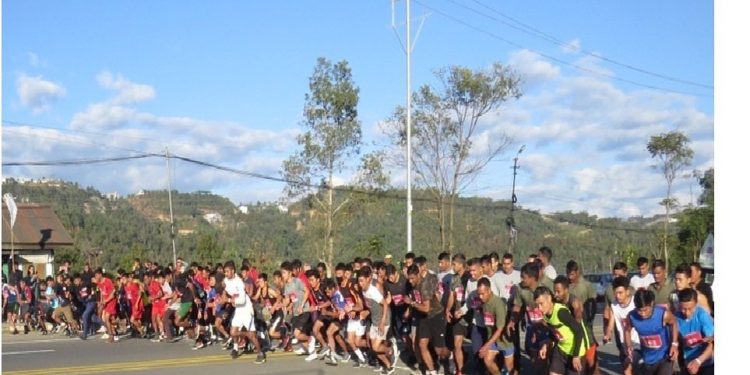 Mikiyas Yemata from Ethiopia in Africa won the eighth edition of Hornbill Half Marathon on Sunday organized by Elite Entertainment Enterprise in Kohima as part of the on-going Hornbill Festival.

Mikiyas finished the distance of 21.097 km in one hour 12 minutes and 51 seconds to emerge as the new winner.

The 26-year-old Yemata while sharing his experiences with the media after the race said it was a satisfying experience while adding that the route was very difficult due to high altitude.

He, however, said he would be participating next year with more practice of hilly terrains ahead of the competitive run.

The Half Marathon was flagged off at new Secretariat Plaza Junction, Kohima at 7 am where 133 men joined the race.

However, this year the women’s event was not held.