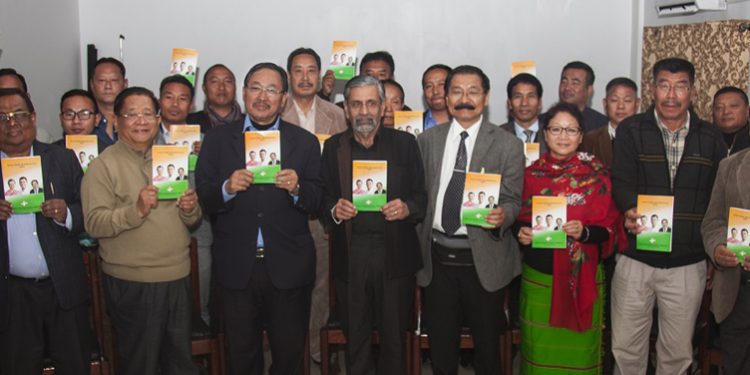 The Nagaland Pradesh Congress Committee (NPCC) on Thursday said “implementation of solution” to the Naga problem has become even more urgent because of the Covid-19 pandemic.

The pandemic should not be the excuse to delay implementation of political solution to the issue any longer, NPCC president K. Therie said in a release.

Therie pointed out that over 20,000 educated and experienced youth are returning to the state after losing jobs.

He said they had ventured outside because there are no jobs in the state and wanted to live peacefully.

Therie opined that the option available for these decent and qualified youth now is to quickly join the political movement and become a “real force of challenge”.

“Because of division, there is a little confusion which group to join. Moreover, external forces may gain a foothold if increased numbers are available,” he said.

Therie said the BJP government announced on August 3, 2015, that the Nagaland political issue has been resolved.

Again on October 30, 2019, the government announced that the negotiations with all the factions on board have been concluded following which it declared that the stakeholders will be consulted, he said.

Therie added that almost all the civil societies were consulted and over 99 per cent have given their opinion “with no reservation or fear of what is acceptable and what is not”.

Under the circumstance, he said implementation of solution is the only gateway to make a new start.

The NPCC chief said the people of Nagaland cannot be allowed to take for a ride anymore. It is time to rise above religious denominations, political parties, civil societies and factions to find a “realistic alternative”, he stated.

Therie said the state government has no plan to boost the economy to create jobs and that all industrial policies brought forward have failed to take off because of multi-taxation and risk of life.

According to him, the bottleneck towards development is the non-resolution of the political issue.

Saying that one of the major commitments of the present 60 MLAs of the state Assembly is to pave the way for solution, Therie said the Centre may request the state government to resign on their own to pave the way to implement the solution.

“If not, the Governor is at liberty to dissolve the House and implement the solution under a neutral government,” Therie added.