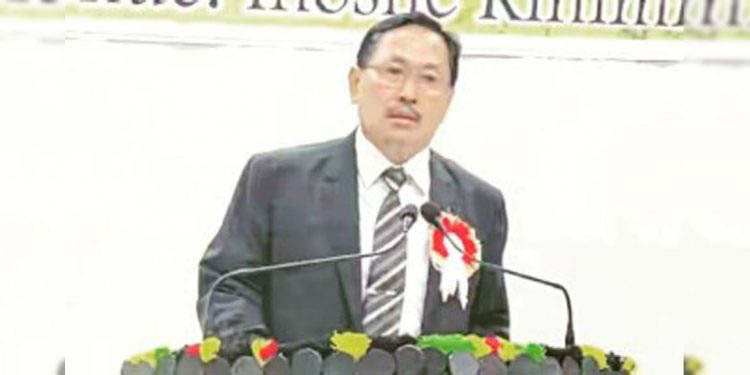 The Nagaland Congress on Saturday said the resolutions adopted by the Parliamentary Core Committee on Naga Political Issue ignored and nullified the Framework Agreement, Agreed Points signed with the NSCN (IM) and the Naga National Political Groups.

“The resolutions are bereft of feasible and practical directives,” Nagaland Congress president K Therie said in a statement, condemning the resolutions.

The 15-member committee of legislators, set up by the Nagaland government last month, at a meeting in Chumukedima police complex, Dimapur on Friday adopted a five-point resolution.

The committee in the meeting urged all the Naga political groups negotiating with the Government of India to come together in order to hammer out their differences and create a common approach for “one solution and one agreement” among others.

Therie said the resolutions have insulted the stakeholders and are in a direct confrontation with Governor RN Ravi, who is also the Centre’s interlocutor for Naga peace talks.

“Appealing to resume talks does not make any sense when the Governor had already stated in the State Assembly in February this year that the talks are over for Nagaland,” he said.

Therie said the members of the committee also undermined 24 years of hard negotiations and public sufferings by “way of multiple extortion”.

“The eloquence of the Core Committee is clearly with intent to delay implementation of solution to save their personal positions and chairs and to please NSCN (IM),” the NPCC alleged.

Therie sought to point out that the NSCN (IM) had cautioned the core committee not to dilute the Framework Agreement for they only want it to be implemented.

“They say they are ready to pave the way. If they do it, solution will be there. They only need to cooperate and impress upon the Governor for implementation. Core Committee is wastage of time and meaningless,” Therie added.