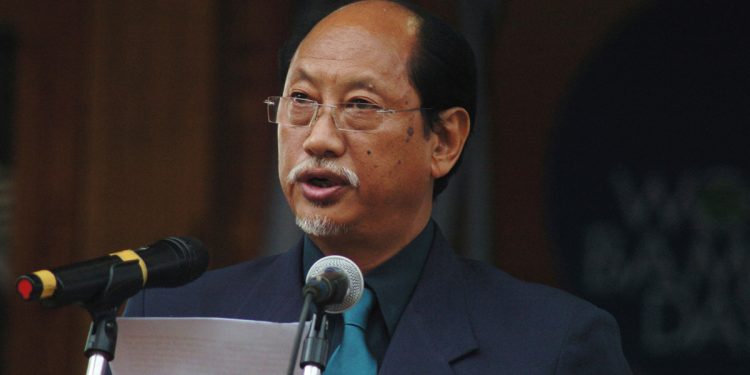 Chief minister of Nagaland, Neiphiu Rio addressing at the inauguration of the World Bamboo Day function, at Kisama Heritage Village, in Kohima, Nagaland on September 18, 2010.

In absence of its own high court, the Kohima bench of the Gauhati High Court operates for Nagaland.

Rio on Tuesday requested Ramana to look into the matter.

Rio also met Union defence minister Rajnath Singh in New Delhi and discussed different issues related to the development of Nagaland with him.

Called on Honourable Chief Justice of India @CheifIndia Shri N.V. Ramana and sought his support for establishment of a separate High Court for Nagaland. I extend my appreciation to him for his support and solidarity. pic.twitter.com/m6kKgboD53