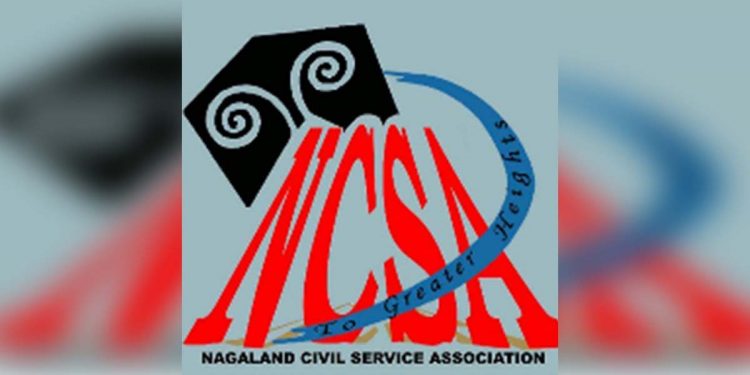 The Nagaland Civil Service Association (NCSA) said posting of state civil service officers as deputy commissioners is rooted in the historical circumstances of the state and not out of parochial or personal ambition.

“The Nagaland Civil Service officers were not posted as deputy commissioners because we asked for the post, we were posted by the state government” which understood that “only we could manage the districts during difficult times,” NCSA president W. Honje Konyak said in a statement.

According to the association, it should be at the discretion of the state government to assign the officers it considers suitable to this important post.

Recently, the Centre took strong exception to posting of non-IAS officers as deputy commissioners in six of its 11 districts by Nagaland government in contravention to the All India Service Rules.

The letter issued on June 1 also noted that “it has been observed that there is no shortage of suitable IAS officers”.

According to the NCSA, the IAS cadre in the state is 94 strong at present. Of this, 33 per cent is to be filled by the state civil services and there ought to be 63 IAS (Regular Recruit) officers in the state at any given point of time.

However, it said presently there is barely half that number even counting those on leave because many are away on deputation and continue to extend and overstay their deputation period.

The NCSA sought to point out that the encadrement of all deputy commissioner posts in the state to the IAS is on paper but not true in practice.

“This is not because the state government broke any rules but because historical circumstances necessitated it,” it said.

The association explained how two tragic incidents greatly shaped the bureaucracy in Nagaland. In February 1974, Zunheboto deputy commissioner K.K. Gupta, IAS, and his driver were killed in an ambush in Nunumi Village in the district. In March 1995, Kohima deputy commissioner Dr L.V. Reddy, IAS, was shot dead in Kohima town.

Saying that these two incidents began the chapter of what journalists would call the era of “suitcase bureaucrats”, the NCSA said the IAS officers posted to the state would leave on any pretext they could find.

“Many officers have changed their cadre altogether. Some were so reluctant to serve in Nagaland that they just disappeared for years on end without any explanation,” it alleged.

The association said Nagaland has seen officers disappearing during emergencies even during the present Covid-19 pandemic.

Even senior district administration officers holding the most responsible posts in the districts and subdivisions have left their station on various pretexts leaving their charge to other officers, it stated.

“Even now there are as many as 10 IAS officers who are out of station on leave or simply absent and with the exception of one Principal Secretary and one Additional Secretary, the rest are district administration officers charged with the management of the Covid-19 pandemic,” it said.

The NCSA said when the IAS officers availed their legal or illegal options to stay away from the state fearing for their lives and personal security, the NCS officers were sent in their place as deputy commissioners.

Noting that the administration in Nagaland is not as simple as it is in other states, the association said other states have district collectors/district magistrates whereas the state has deputy commissioners.

It added that the judiciary and the executive are not completely separate in the state and the deputy commissioners are charged with the dispensation of justice on customs and traditions with the assistance of the Dobashi (interpreter) courts.

The association said insurgency is not the only issue that has afflicted the state. “We have also witnessed bitter violence on inter-tribal and land issues. Our officers have faced death threats and some of us have narrowly escaped with our lives on occasion,” it said.

The association also pointed out that despite the DoPT notifications, the NCS officers have occupied the deputy commissioners’ posts in the state from as early as 1973.

It said the NCS officers rise to the rank of deputy commissioner after almost 20 years of service, unlike IAS officers who are eligible in four years (inclusive of two years of training).

“This explains to some extent the dereliction of duty by these officers who are perhaps not mature enough to handle the challenges of the job,” it stated.

It noted that many IAS officers are now eager to serve as deputy commissioners in the districts as the situation is relatively peaceful in the state compared to earlier years and orders can be passed and followed without threat to life.

However, the recent history has shown that they are still not willing to serve in the state during emergencies or otherwise, it said.

“Perhaps, the era of the reluctant suitcase bureaucrat is not yet over in Nagaland,” the association said.