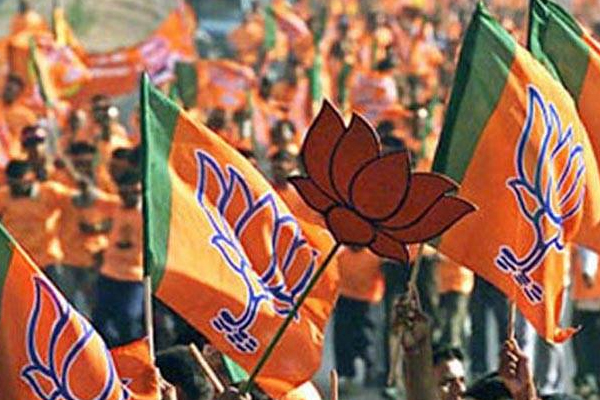 In the backdrop of new developments in Nagaland politics, the Nagaland unit of BJP on Saturday affirmed that it was resolute in strengthening the ruling People’s Democratic Alliance (PDA) with a strong conviction to complete the full term of the alliance government.

The state BJP also endorsed the PDA government to ensure that a stable government is in place for an all-round development to the state.

“The PDA cannot be affected by the desperate moves of any political party or individual in attempting to disrupt the firm alliance in a desperate move,” state BJP chief spokesperson Kuputo Shohe said in a statement.

The state BJP said rumours have been spread that the PDA alliance would not last even for few months since the first day of the formation of the PDA government.

“But the PDA have withstood to complete a full year unfluttered,”

The BJP Nagaland stands unruffled and will continue to uphold the pre-poll alliance, the statement asserted.

Congratulating the PDA government for its successful completion of one year, it extended fullest support for a good governance for the welfare of the people.

The state BP endorsed the leadership of the PDA alliance for the cohesive leadership while appreciating the co-partner of the alliance Nationalist Democratic Progressive Party (NDPP) for sailing with the BJP collectively in all the political issues.

Noting 18 Opposition Naga People’s Front (NPF) legislators’ letter on March 6 to the leader of the Opposition, T.R. Zeliang, proposing to tie up with the NDPP, the state BJP clarified that its main coalition partner NDPP has issued a clarification reaffirming the pre-poll alliance with BJP on March 8.

“The NDPP in an unequivocal term has expressed to re-strengthen the PDA,” it said. The state BJP also affirmed its commitment towards its pre-poll alliance partner, the NDPP.

It further affirmed its commitment towards its pre-poll alliance partner and appreciated the political maturity and statesmanship shown by the NDPP under the astute leadership of chief minister Neiphiu Rio and the NDPP leaded by its president Chingwang Konyak.

The state BJP president, Temjen Imna Along, and office bearers also endorsed the leadership of BLP leader and deputy chief minister Y. Patton and other party legislators to take the right decision collectively in case of any “untoward scenario” befalling the PDA government.

The state BJP said it is fully committed in keeping the PDA intact and unfazed by any “disruptive moves” as affirmed by the NDPP in their communiqué on March 7.

It added that the pre-poll alliance arrived at in forming the present PDA government has also been attributed to Prime Minister Narendra Modi and BJP national president Amit Shah.