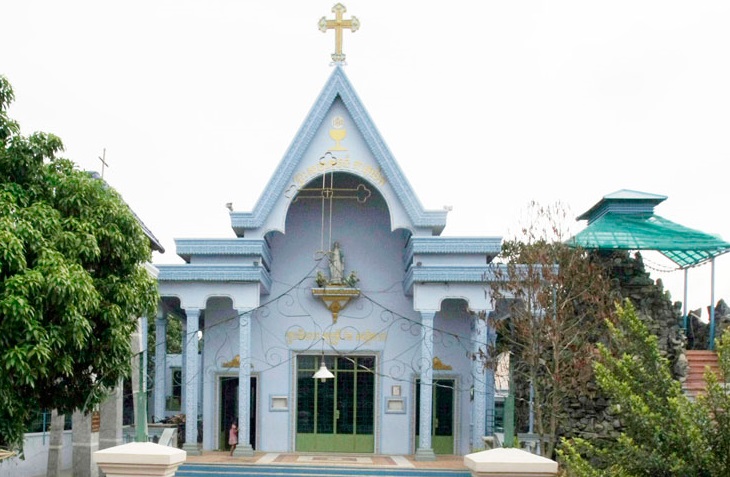 A BJP district unit in Nagaland has raised question about the credibility of the church in the state alleging that the church fuelled and instigated religious hatred during the election campaign for 17 Chizami constituency.

Opposing political leaders during the campaign trail to the State general elections accused the BJP of having “hidden agenda” in the state.

“We are saddened and shocked that the Church blatantly misused the holy Church pulpit and went to the extent of showcasing fake videos about alleged atrocities on Christians by Hindu extremists. These videos were later confirmed to be untrue and purely based on propaganda. The church should confirm genuine sources before resorting to such acts,” BJP Phek district president Nucutso C Ruho alleged.

The Phek BJP also alleged that under the garb of prayer groups many churches in the district made it their own personal agenda to campaign against the party and even resorted to door to door visits asking gullible villagers not to vote for the BJP as it would result to them losing their salvation or even risk being removed from the church membership.

“The Chakhesang Baptist Church Council (CBCC) especially took a very biased stand and even stated that “born again Christians” should not vote for the BJP in very simple terms. This has also raised a lot of doubts about the credibility of the church,” it alleged.

“It has been widely seen that church workers, deacons and deaconesses even indulged in proxy voting and negotiated for favours from political parties. Churches all over the state should seriously identify its people who have been involved in malpractices during the elections and even excommunicate them to prove their sincerity,” it said.

Asking the Church to stop playing politics, the BJP Phek reminded “ordained Ministers and Pastors” that they are being supported by their members.

“It is therefore in the best interest of all for the church not to take sides in politics and belittle oneself. Those who have been engaged in spreading false propaganda should resign on moral grounds to save the sanctity and integrity of the church.”

The BJP also accused CBCC of setting up “Church candidate”, alleging that the CBCC had swiftly defended corrupt politicians and parties that have caused the deaths of innocent public during public uprisings, but refused to support a corruption free state that BJP espoused.

“And with the “Church candidate” winning the elections, the church should take moral responsibility to ensure that development is brought into the area. The NBCC and the CBCC should also be on the guard to prevent the NPF from allying with the BJP or the NDPP which it had vehemently termed as anti-Christian party,” it said.

The BJP Phek further alleged that the NDPP showed total disregard for the pre-poll alliance made between the NDPP and the BJP, resulting in loss of a valuable seat for the BJP party and “a chance for the people to get a good leader”.

“It has also weakened the NDPP and BJP Alliance as it led to the success of an NPF candidate,” it said and urged the BJP at the State and the Centre to pay special attention to the area to protect the interest of the party workers in the area.