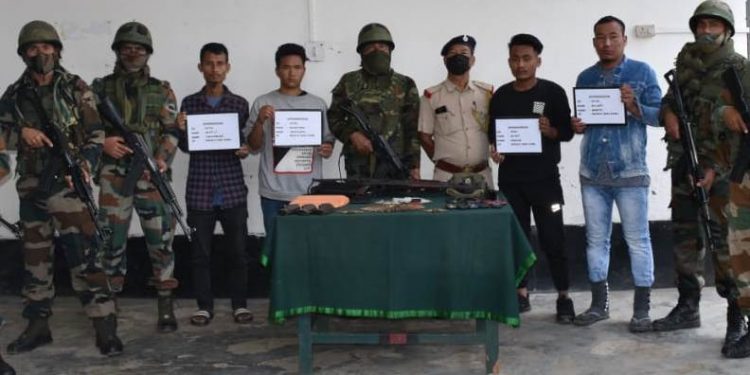 Security forces, in a joint operation with police, apprehended four cadres of the Nikki Sumi group of NSCN (K) at Lower Agri colony in Kohima district on Monday, a defence release said.

Based on a specific input, the security forces launched an operation in the area and apprehended the four cadres.

The apprehended cadres, along with the recovered items, were handed over North police in Kohima.

In another incident on the day, the security forces, along with police, apprehended two drug peddlers at Surumi in Zunheboto district.

A total of 555 spasmo proxyvon tablets and one mobile phone were recovered from them.

They were handed over to Suruhoto police along with the recovered items.